Amanda Lamb: We've come a long way, baby. Or have we? 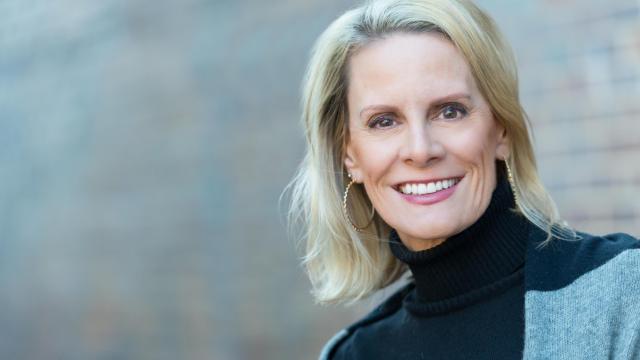 Everyone knows what it is. It’s a Sadie Hawkins dance, a dance where the girls invite the boys instead of the other way around.

But here's the thing: The kids are not allowed to call it that because, evidently, it’s not politically correct, according to the school. I’m really not that interested in exploring their complex reasoning behind this, but I was curious about where the term came from. So I did a little digging.

Ironically, the origins of the Sadie Hawkins dance and Sadie Hawkins Day (declared on Nov. 24, 1941) come from Al Capp’s Li’l Abner comic strip, launched in 1937. The idea was never meant to be a pop culture movement, but it became one. Even Life Magazine featured stories about Sadie Hawkins Day on its cover.

The comic strip recounted how the character, Sadie Hawkins, was not having much luck with men. Her father was so worried about her chances of getting a mate that he declared the special day so Sadie, along with the other unmarried women in the fictional comic strip town, could literally chase the bachelors.

On this day, the historically traditional roles of men and women were reversed, and women were empowered to be the “askers,” the pursuers in the mating ritual. Capp captured this annually as Li’l Abner spent twenty years avoiding the strong advances of another cartoon strip character, Daisy Mae, until he finally married her in 1952.

So, it's been more than 75 years since Sadie Hawkins became a thing. One could argue there’s no need for it today as women are empowered to do just about anything, including asking a man on a date. In fact, with the genesis of online dating and relationship communication centered around text-messaging, it’s hard to imagine any barriers still exist when it comes to dating. But, the truth is, study after study show that men are still generally the “askers” in dating scenarios, and women still say they prefer to be asked. So maybe things haven’t changed as much as we think they have.

My girls went to a dance this past weekend where they invited their dates. I watched the process from the choice of the boy, to how the asking would take place, to the asking itself, to planning the before and after dance events. I could tell they thoroughly enjoyed it, even though they weren’t allowed to call it a “Sadie Hawkins Dance.”

Here’s an idea: Instead of vilifying the quirky tradition based on a fictional character and putting it in the naughty chair, why not expand it to include anyone and everyone who wants to participate?

Why don’t we just say: It’s a chance for anyone to ask anyone else out on a date — especially if they’ve been nervous about doing so. After all, it’s just a comic strip. Can’t we just appreciate it for what it was and adapt it to today’s world without offense? Or we could just go on doing what we’re doing, telling our kids to whisper about it in the hallways.