"Mom, you're not going to believe what happened," my older daughter said breathlessly to me on her friend's cell phone.

"What," I replied nervously, thinking there was some kind of emergency. I was out of town visiting my mother in Pennsylvania at the time.

"I dropped my phone in the pool," she said with tears in her voice. "I've already taken it apart and put it in a bag of rice. Do you think it will be OK?"

No, Virginia. There is no such thing as a cell phone that works after being dropped in water. It's a myth ... an urban legend. I wanted to say to her. But I resisted. At least she was attempting the rice trick -- an idea she learned from my many mishaps between cell phones and water, three to be exact.

"Sweetie, probably not, but try it. It is worth a try," I said trying to quell the mounting panic in her voice.

"OK, well when can we get a new one. I need my phone," she said, sounding on the verge of tears again. 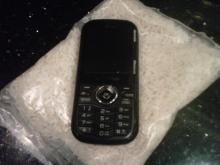 "We will go to the store this week and see what our plan allows for us. I am not exactly sure what the insurance covers. But if there is a cost, I will split it with you," I said, championing myself for coming up with a fair solution to this new modern problem that I am sure many parents have faced before me.

"You mean, we can't go today," she said quietly.

There were several more calls from her that day as she logged onto the wireless company's website and started negotiating with me to upgrade her phone to a smart phone instead of one, that God forbid, just makes silly old phone calls and texts. Again, I told her we would discuss it the following week when I returned from my trip north. She wasn't happy with my answer, but she reluctantly accepted it.

Of course, our parents never had to deal with lost phones, but they did have to deal with moments like this when we lost or broke something by accident. There is a fine line between blaming them for something that was a mistake, but also teaching them to take responsibility for their things, especially things that cost a great deal of money to replace.

I am still not sure I made the right decision. Maybe I should have accepted it as a mistake and paid for the entire thing? Maybe I should have taught her a greater lesson about taking responsibility for her things and made her pay for the entire thing? But as parents, we learn as we go, and have to make decisions in the moment that we feel are right.

Like I said, I have lost my fair share of phones to water accidents over the years -- a lake, a boiling pot of water, and a puddle were the culprits in my case. It can happen to anyone. But these days, I am more careful than ever to keep my phone away from water and to always have rice on hand so I can for a brief moment think that waterlogged cell phones can come back to life if only you believe...

Amanda is the mom of two, a reporter for WRAL-TV and the author of several books including three on motherhood. Find her here on Mondays.