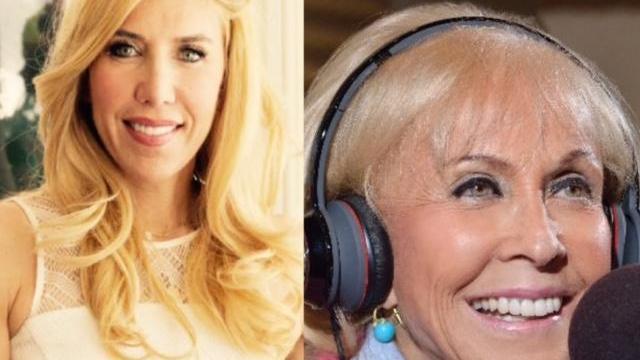 Full disclosure: I was a horrible athlete when I was growing up.

I spent more time warming benches, organizing equipment, keeping score and filling water bottles than I ever did on any field. At the time, I attended a school where participation in team sports was mandatory (a long story for another day). It was the bane of my existence. But, fast forward to today — I am a runner, biker, swimmer, paddle boarder, hiker and adrenaline junkie.

I now believe my earlier exposure to sports led me to this existence, one that contributes to my physical and emotional health, as well as my overall feelings of confidence and self-worth.

Marnie Schneider was my next door neighbor when I was growing up in Pennsylvania. She was three years my junior. She did pretty much anything I asked her to do, including participating in my basement variety shows which involved lip-syncing to Cher songs in crazy outfits as the neighborhood adults watched dutifully on folding chairs for the bargain price of just 25 cents.

Today, Marnie is all grown up, and she is sharing her passion for sports with the next generation. Unlike me, she came by it naturally. Her grandfather, Leonard Tose, owned the Philadelphia Eagles.

So, her love affair with football started at an early age. Sometimes, I would accompany her to games. Often, I would bring a book to pass the time. The only time I looked up was to catch a peek at a celebrity who might be sitting in our general vicinity. Alas, Marnie’s enthusiasm for the game did not rub off on me. But what it did do was to solidify the understanding for her that sports can be a great equalizer for all people.

Marnie and her mother, Susan Spencer, Tose’s daughter, started a foundation called Keep on Playing. Its mission is to is help create and support sports opportunities for children in their communities. The foundation focuses on introducing kids to baseball through interactions with their local Major League Baseball teams.

“I always say sports is the true universal language, and when kids play, we all win. I know for me that understanding and being around sports at a young age made me able to communicate with everyone and appreciate the preparation it takes to play. When kids and girls speak sports, it widens the net for them to be included, invited and involved,” Marnie says.

Marnie believes sports teaches children much more than just about playing well; sports gives them life skills that translate seamlessly into the classroom and the real world.

“Sports prepares you to focus and do the work that is necessary to compete. Team sports make you part of a team, and teammates rely on each other to train and support one other,” Marnie says. “Also, with sports there are no do overs, you have to bring your best and keep on playing regardless.”

In the same vein as their foundation, Marnie and Susan recently penned a book that teaches children about life through sports. "Football Freddie" follows a little girl, Freddie, and her dog, Fumble, on their way to a professional football game. During their journey, they come across the rich history of the birthplace of independence, Philadelphia. The story combines sports knowledge, patriotism and a love for their native city.

“Football has given me so much and this was my opportunity to write a love letter to all the great NFL cities I’ve been blessed to visit, and to introduce football, some interesting facts about football, and some basic information on football to young readers and adults,” says Marnie.

Part of the proceeds from the book support philanthropic endeavors in the Philadelphia area. Marnie also sent copies of her book to American Red Cross shelters in Houston for children who were stranded after Hurricane Harvey. As for the future of her foundation, Marnie says she hopes to expand her efforts to North Carolina next year as she has recently moved to Charlotte from Los Angeles.

“This baseball season, 2018, we are going to expand our teams to introduce “Keep On Playing” to the Carolina League. We will also continue to work with teams in the Florida State league which will definitely need us more than ever after Irma,” she said.

While I can’t honestly say that my childhood friend has converted me into a football fan, I am definitely a big fan of her mission.

As the mother of an athlete (sometimes the apple does fall far from the tree), I completely understand the value of sports in a young person’s life in ways that may not be fully realized until they are adults. Collaboration, discipline, dedication, and good sportsmanship are just a few of the many gifts my daughter has gained through sports.

So, Marnie, I hope you take this ball and run with it as far as you can. In the meantime, I’ll be in the stands, filling water bottles and cheering for you…