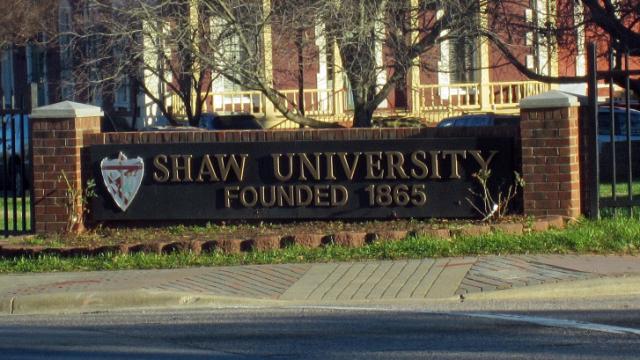 Raleigh, N.C. — A group of Shaw University alumni is suing the school's chairman and his predecessor, alleging they have awarded contracts to their relatives, bungled presidential searches and generally run the South's oldest black college into the ground.

Shaw Alumnus and Friends Inc., a group that awards need-based scholarships to Shaw students, and three alumni and donors filed the federal lawsuit last Thursday against Board of Trustees Chairman Joseph Bell and former Chairman Willie Gary, seeking more than $75,000 in damages.

The lawsuit alleges that the two chairmen violated the board's conflict of interest policy when Shaw paid Gary Financial, which is run by Gary's brother, about $2 million during 2010 and 2011 and hired BellKlean Cleaning Service, which is owned by Bell's son, for demolition work and to construct new locker rooms and weight rooms.

Shaw has faced declining enrollment and financial difficulties in recent years, and the lawsuit states that every decision made by the board must be in the university's best interests.

Shaw President Tashni Dubroy issued a statement Wednesday that the university is "financially stable and sound" and noting that external audits and reviews by the accrediting organization Southern Association of Colleges and Schools have found no problems with the school's operations. Dubroy also noted that Shaw no longer uses Gary Financial for insurance coverage and that there is no record of paying BellKlean for any services.

The lawsuit also alleges that Gary and Bell have made repeated poor decisions in hiring Shaw presidents, noting that the school had four presidents on the payroll – some had served on an interim basis – in 2010 because of turnover in the position.

"Upon accepting the office of Chairman of the Board of Trustees, each Defendant entered into a Contract with each student, faculty member, and alumnus of the University to protect not only the value of their degrees, but also the serve the University by acting in its best interest," the lawsuit states. "The last twenty years have instead been littered by rumors of closure, publicly reported financial crisis, low enrollment, scandal, and self-dealing."