McAdenville, N.C. — Many North Carolinians have no idea that our state has one of the most magical towns in the country. Each year, Christmas Town comes to life – an entire town of businesses, homes, schools and churches that transforms overnight into a world of twinkling lights and holiday sights.

It's like a magical Christmas movie come to life. 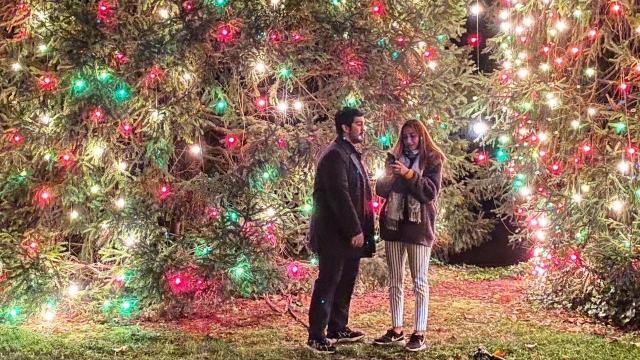 So it's hard to believe the town came very close to being abandoned.

During the Great Depression, McAden Mills – the town that would become Christmas Town – was very nearly closed down. But in a series of events worthy of a Hallmark Christmas film, the town was saved – by a man who just happened to love Christmas.

Now, for over 60 years, McAdenville has held the 'secret identity' of Christmas Town, USA. 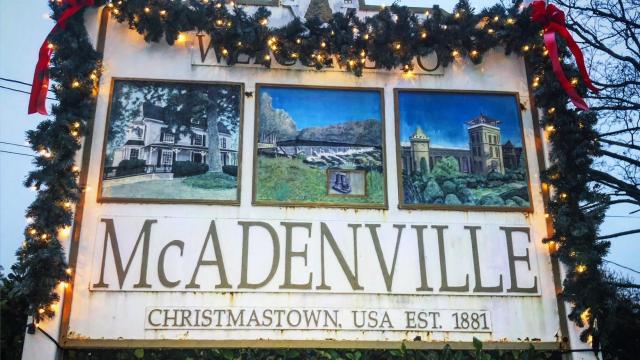 From wilderness to castles

Prior to the 1880s, the area around McAdenville would have been mostly wilderness, but Colonel Rufus Yancey McAden saw potential in that wide-open spot of land.

He designed the community to be enticing to families.

The stone castles and brick housing stood the test of time. For even as the Great Depression struck McAden Mills, threatening to leave it desolate and abandoned, those sturdy structures never fell. To this day, those historic remnants are still standing – providing an idyllic and magical backdrop for the Christmas lights the town is now known for. 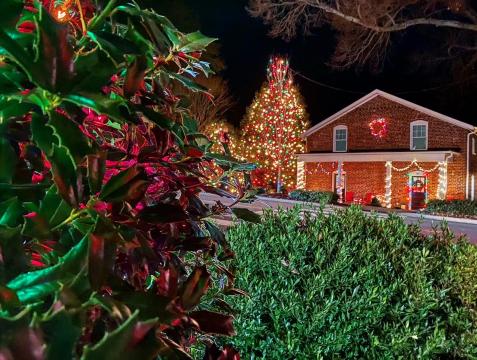 A reverse Christmas Carol - The man who saved Christmas

While McAden built structures that could span the centuries, he could not control the economy.

During the Great Depression, this little town of less than 700 citizens nearly went bankrupt. Working conditions were not as idyllic as the town made them appear. Families were left with cold homes, meager pay and long hours. While some employees unionized for better conditions, the mills couldn't support the demand. 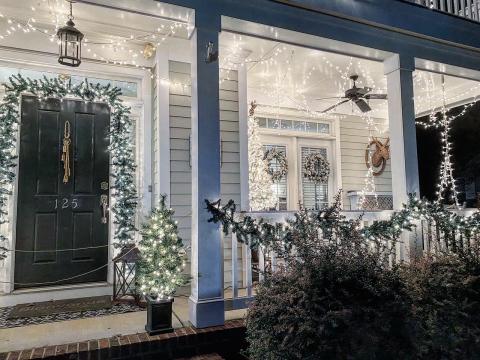 In the 1930s, the mills which held the town's economy together finally went broke and closed – leaving hundreds of families with sturdy brick homes, but no money for food, heating or clothes.

Just when it seemed McAden Mills might become an abandoned dot on the landscape, a man named William Pharr came to town.

In 1939, Pharr bought the castle-like mills and historic brick homes. With the help of his own money, he revitalized the economy, bringing jobs – and life – back into McAden Mills. He used the mills to establish Pharr Yarns, a company that still provides structure and benefit to the town's economy today.

Every resident of McAdenville knows the Pharr name. It's woven right into the tinsel of the town's history.

And he did more than just save the town. His personal values of 'goodwill toward men' helped create the spirit of the community itself. It was a spirit of kindness and magic that ultimately led to the creation of Christmas Town – a gift for the entire state of North Carolina. 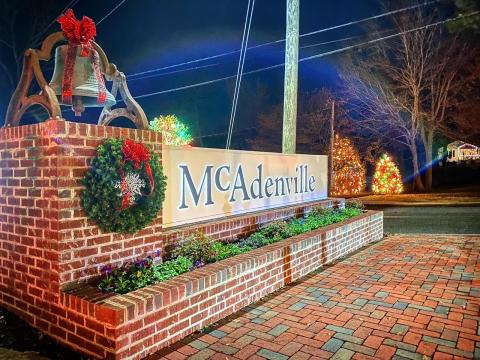 The tradition of Christmas Town began in 1956, when a few members of the McAdenville Men's Club asked Pharr if they could decorate a few trees around the McAdenville Community Center.

Year after year, more and more lights were added to the display. Lights began to sparkle down main street. Lights began to encircle the lake. Thousands upon thousands of lights poured across the town.

It was as if the spirit of the town itself – full of joy from being rescued from The Depression, full of goodwill from the example of the Pharr's – simply needed to shine for the world.

Eventually, an annual transformation into Christmas Town was literally written into the town's charter. Today, every resident and every business in McAdenville must agree to decorate for the holidays and keep the Christmas Town tradition alive. 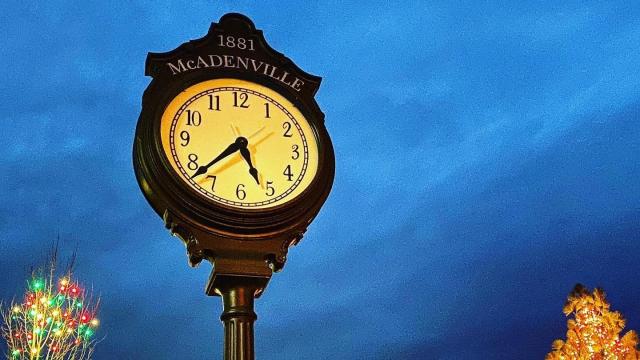 Do you have any inspiring holiday stories or light displays WRAL's Hidden Historian should see? Email her at hleah@wral.com with your suggestions and memories!

Ever wonder about that tiny Christmas tree that hangs over the Raleigh Beltline? We uncovered the incredible story, which dates back decades!

Have you spent many holidays in Raleigh? Here are some Christmas memories you'll only have if you grew up right here in town!

Remembering Raleigh: 10 Christmas memories you'll only have if you grew up in Raleigh
SUGGEST A CORRECTION