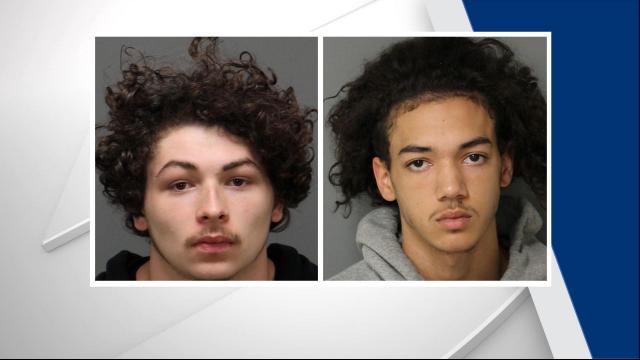 Garner, N.C. — Garner police charged two men with burglary Tuesday morning after finding one of them hiding in a clothes dryer.

Gabriel Javon Brooks, 17, faces a single charge of larceny after breaking and entering.

Michael Issac Noyce, 17, of 1057 Indian Creek Trail, was charged with the larceny in addition to burglary and drug possession. According to Garner police, Noyce was found hiding in a dryer by authoritieis.

Police said both suspects were arrested at the scene of the crime, 117 Scarlet Green Court.