Burlington, N.C. — As friends, family and co-workers mourned the loss of an intern killed by a lion at a Caswell County wildlife preserve, one of the first responding officers to arrive at the scene spoke to WRAL News Monday about the tragic incident.

The call for help was issued Sunday morning about a lion that had attacked Alex Black at the Conservators Center. Caswell County Sheriff's Office Sgt. Michael Griggs was the first deputy on scene.

Firefighters had already arrived at the location and were attempting to get the animal away from Black's body.

"Every time that the lion would get close to the victim's area, they would use the fire hose with a straight stream to attempt to move the lion away from the victim," Griggs said, adding that staffers at the center had tried unsuccessfully to tranquilize the lion.

Griggs was one of the deputies who fired his service weapon, killing the lion.

"It took several shots to bring him down," Griggs said. "He was amped up. He had been moving around the kennel, or the enclosure, several times."

Center staff say Black, a 22-year-old recent graduate of Indiana University, was cleaning an animal area when the lion escaped its enclosure. The woman had only been working at the facility for just two weeks before the accident occurred.

Those who knew Black as a student major in animal behavior recalled her passion for animals.

"She was very committed and enthusiastic," said professor Cara Wellman. "She was a go-getter."

"She had a mission, and she was working to achieve that goal," Wellman said. "And she was very passionate about it."

In a statement, Black's classmate told WRAL News that Black was a kind person who would want people to grieve the loss of the lion, too.

A check of federal inspection records of the Conservators Center was in April and no violations were found at the facility, which is closed until further notice amid an internal investigation into the incident.

The Caswell sheriff's office said Black was killed during a routine cleaning of a lion enclosure. During the process, monitored by a professionally trained animal keeper, the lion escaped its enclosure and killed Black.

In a statement, Black's family said she had done three previous internships because "she really wanted to make a career of working with animals."

Christina Sluka, a friend of Black, emphasized the victim's love of large animals and said she would want Matthai, the lion who killed her, to be remembered. 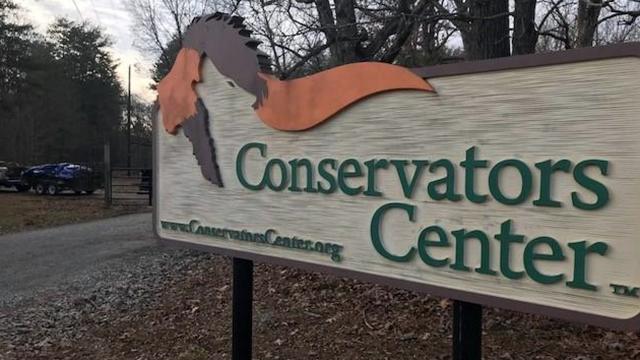 "Alex was one of the kindest people I ever met," said Sluka. "She was dedicated to conservation and animals and was doing what she loved. She cared deeply about our planet and was working for the animals and their futures. If anyone would like to honor her memory, remember the lion who also had to lose his life. I know Alex wouldn't want anyone to forget Matthai.”

Sluka and Black's family also ask that people consider donating to Wolf Park in Battleground, Indiana, where Black had previously worked, to honor her.

The Conservators Center, which offers educational walking tours, was closed Monday and is closed until further notice.

"We need to assess our situation, and we need to make sure that everyone here is safe and feels safe because this is a very scary thing," said Mindy Stinner, executive director of Conservators Center. "A loss of life is something — we can't possibly take it anymore seriously, and so we really need time to evaluate our situation and make sure that we're ready to invite guests back in the park. That may be a little time."

Crews responded to the center, located at 676 E. Hughes Mill Road, around 11:30 a.m., according to dispatchers.

"I am so grateful to this person's family for taking a deep breath and speaking with us," Stinner said. "I can't imagine the loss they're enduring. I can't imagine what it must feel like to be them. We only knew this person a short time, and obviously it's already devastating for us."

Visitors were at the center during the attack, Stinner said, but personnel used established protocol to escort them to safety. During cleanings, large cats are secured in enclosures away from humans, she said. She said the lion was never in an area that wasn't enclosed by the center's perimeter fence.

Sheriff Tony Durden said firefighters had the lion at bay with charged hoses after attempting to tranquilize him. Deputies then shot the lion. "The stress level was high," Durden said. "I know they’re not used to having a 600-pound animal. And then having a young lady laying on the ground, so, you know, stress.”

PETA released a statement Monday regarding the incident. It read:

"Humans and captive animals will keep losing their lives as long as unaccredited roadside zoos like the so-called “Conservators Center” keep imprisoning dangerous animals for entertainment. PETA is urging the public to stay away from such facilities and calling on North Carolina lawmakers to safeguard human lives by making it illegal for any non-accredited facility to possess wild and exotic animals and subject them to the misery of being denied everything that’s natural and important to them.​"

The Conservators Center was founded in 1999 in Mebane before relocating to its current 45-acre, wooded lot in Caswell County, near the Almance county line, its website says.

The center houses more than 90 animals about about 20 species, including lions and tigers, many of which were taken from "unacceptable living conditions." The center has an estimated 16,000 visitors each year.

The Conservators Center has a mission to support wildlife facilities across the globe and to educate the public through guided walking tours.

"We like to think of ourselves a community zoo," Stinner said. "We started our lives here doing some rescue work and some sanctuary work, but we have moved away from that in recent years toward working with more varieties of species and reaching out to a wider variety of the community wire to pull them in."