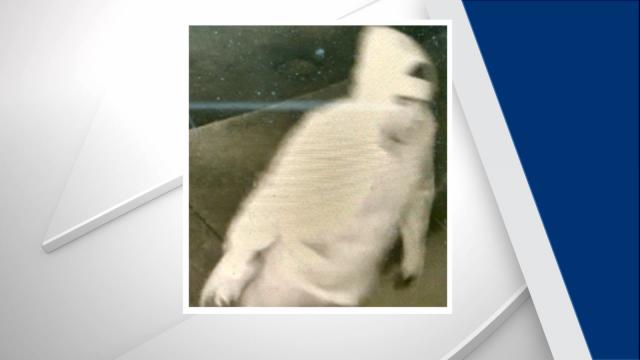 Burlington, N.C. — Police said Friday they are searching for a man suspected of vandalizing the Alamance County Republican Party headquarters in Burlington.

Police said a sign and a brick wall at the office, at 2659 Ramada Road, had been spray-painted, including an obscenity directed at presidential candidate Donald Trump.

Alamance County GOP Chairman Ben York called the incident troubling and unacceptable, but he said the party wouldn't be deterred by it.

"We are open for business, and we have a lot of work to do in the next four days, and nothing is going to get in the way," York said in a statement.

A security camera captured an image of a man in a hooded sweatshirt outside the building at about 2:15 a.m. Friday, and police want to talk to him.

The vandalism comes three weeks after the Orange County GOP office in Hillsborough was firebombed. No one was hurt in that incident, and no arrests have been made.

Also last month, GOP leaders in Pamlico County said someone shot at party headquarters windows there with a BB gun.