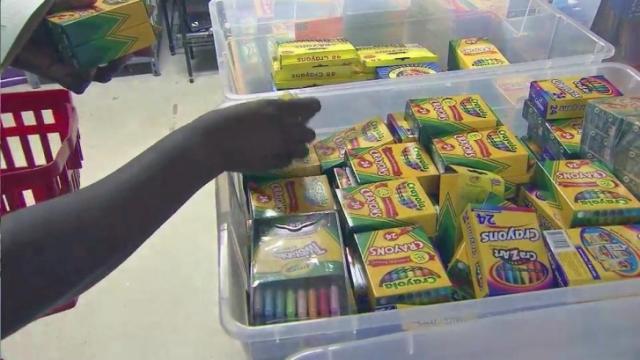 The Alamance-Burlington school system has asked the State Board of Education about giving one of its low-performing elementary schools the same freedoms given to charter schools.

Under a 2010 state law, the Board of Education can allow local school districts to restart consistently low-performing schools with charter-like exemptions.

Alamance-Burlington Superintendent Bill Harrison said he wants to to extend the school year and pay teachers differently in one of the district's struggling schools.

"If we can have some flexibility with the use of time with the start of the school year, a little bit of flexibility with our use of funding, we might be able to make a difference that we haven’t made to this point," he said.

The 2010 statute allows the district to give a school all the exemptions charter schools are entitled to, including flexibility in school days, calendar schedules, funding models, personnel decisions and curriculum. But, unlike true charter schools, the "restart" school would still be under control of the school district.

The statute also allows the local school district to bring in a charter school management organization (CMO) to run the school. Harrison said Alamance-Burlington is not interested in bringing in a CMO.

The district would be the first ask for the restart allowed by law. State board members are developing policy and procedure to allow Alamance-Burlington to move forward with the request.

This report first appeared on WUNC/North Carolina Public Radio as part of its education coverage. Jess Clark is the 2015-16 Fletcher Fellow focused on education policy reporting.

The Fletcher Fellowship is a partnership between WUNC and UNC’s School of Journalism and Mass Communication funded in part by the Fletcher Foundation.

Articles produced by the Fletcher Fellow are considered to be "open content” that others can copy or modify.