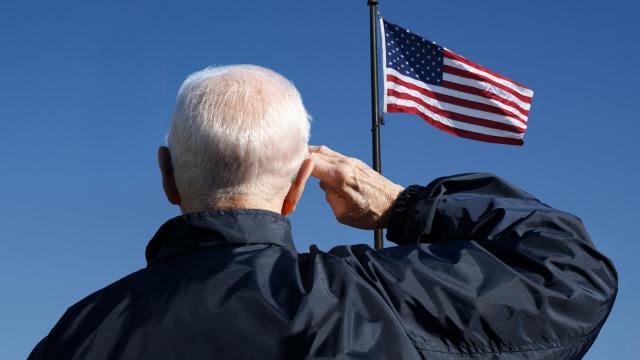 Recently, after identifying three Assisted Living Communities for a family I was working with, the daughter called in a panic, worried that her mom would outlive her savings.

I knew her mother was the widow of a veteran who was on active duty in the Korean War.

"Did you take into consideration the Aid and Attendance Benefit?" I asked.

The Aid and Attendance Benefit helps veterans and their spouses who cannot live on their own pay for care in the home, a nursing home or an assisted living facility. Specifically, it helps pay for assistance with Activities of Daily Living (ADL), including bathing, eating, dressing, undressing, medication dosing, or using the restroom.

The benefit is available to veterans who served during these active wartimes. Eligibility is based on need. The formula used to calculate the benefit amount is roughly income minus medical expenses. There is currently no firm cap on assets, but $70,000 to $80,000 is a good rule of thumb.

It is estimated that only one-third of people who are eligible for this benefit seek it. According to NBC, 36% of veterans have never even heard of it.

To apply for this benefit, Elder law attorney Janna Wallace, of Omega Elder Law, recommends finding a veterans' organization or an attorney with special accreditation to work with veterans, adding, "If a person is in a facility, they almost always qualify for the benefit because the medical expenses are usually more than their monthly income, provided they have spent down their assets."

I know, from having visited over 60 assisted living, memory and nursing communities in the area that the lowest level of private-pay care is $3500/month. Few veterans receive more than this in monthly income from social security and pension. It’s safe to say that most would qualify for some level of benefit.

In my client’s case, she had too much in assets to qualify at the moment. However, as she spent them down paying for Assisted Living, we estimated she probably would become eligible within six to seven years, if she lived that long.

Wallace said it would be wise to begin the application process for benefits early.

"Allow three to four months, if there are no hitches. However, if there is missing documentation or inaccurate information, it can take anywhere from six months to well over a year," warned Wallace.

There are various veteran agencies, such as Veterans Aid, that can help, though they might have a long waiting list. Accredited attorneys can also prepare VA applications.   They usually charge for planning steps that the veteran needs to take, but it is illegal for anyone to charge a fee for preparing or filing a VA application. Wallace says it is critical that families who work with an elder attorney make sure they have been accredited by the Veterans Administration.

"Finally," Wallace added, "if one's expenses still exceed their income with the veteran spousal benefit, then we can look to applying for Medicaid—though their income (without counting the veteran benefit) cannot exceed $1241/month to qualify for that."

In this particular client's case, they decided to move forward with the place that everyone felt was the best fit. They hoped to not need to access the Aid and Attendance benefit, but it was a relief to know that it was there, as well as the process for getting it in place.