Ahead of election, Roy Cooper meets Latino leaders in Greenville 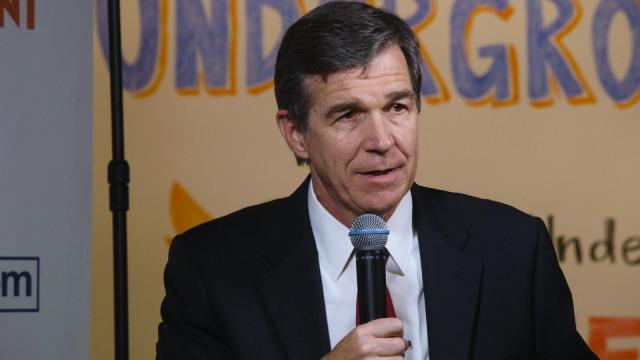 The discussion resolved around what would hypothetically change for the Hispanic and Latino community if Cooper was elected as governor. Cooper stated that, if elected, he would work to improve relationships between the state and its Hispanic population and that he would implement strategies to better the community's wellbeing.

One of these strategies involves reestablishing the office of Latino affairs in North Carolina. This office would serve as a continuous liaison between the state government and the Hispanic and Latino community.

Another strategy Cooper plans to implement is connecting Hispanic entrepreneurs with the North Carolina Rural Economic Development Center to jumpstart the currently stagnant wage growth and “create better paying jobs for all people."

Cooper also intends to bring diversity into local government by supporting diversity in representation throughout government offices. He firmly believes that people in government should have understanding of the people whom they are representing by engaging in their focused issues and working together to create sustainable solutions.

The candidate also highlighted the importance of collaborating with local officials to push forward necessary proposals within legislature. With the support of like-minded individuals in office, he said, his goal of “getting the state back on the right track" can be achieved.

Most importantly, Cooper spoke about the importance of civic participation. He reiterates the need for everyone to go out and vote this November. "Don’t sit idly by as someone else chooses your future - elections have consequences," the candidate emphasized.

Members of The Association of Mexicans in North Carolina were in attendance at this meeting and were able to express their opinions on Coopers claims. Juvencio Rocha-Peralta, the organization's executive director, stated that Cooper must make the Hispanic community aware that “this is what you stand for.” Peralta also said that this meeting was a great start to repairing the injuries that the government has inflicted on the Hispanic and Latino community.

"The community distrusts and is afraid of the government because it has failed them in the past," he said. "But through friendly conversations like the one we are having right now, the Hispanic and Latino population would be able to express their concerns."

“It is a dangerous time for our country,” Cooper commented. "From domestic racial unrest to overseas conflicts, we live not only a dangerous time but in one which impacts the entire world. A positive change is needed for both international and national communities."