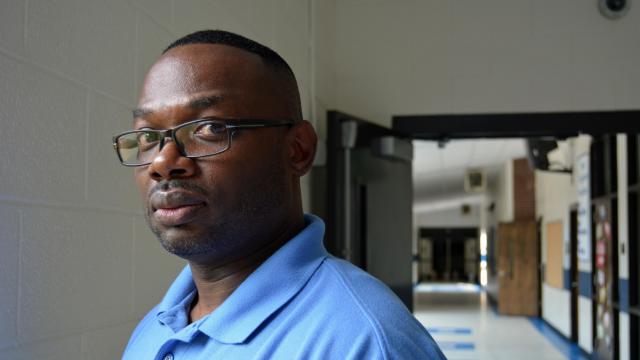 Rocky Mount, N.C. — West Edgecombe Middle School Principal Claude Archer couldn't wait to tell his staff the good news. After years of struggling academically, and even getting an "F" grade from the state, West Edgecombe was finally getting some positive recognition.

"We are extremely excited," Archer said. "We're going to have a celebration at some point, and then it's back to business."

The news was especially sweet for Archer, who became the school's new principal last year amid turbulent times. The school was struggling with discipline problems, low test scores and high teacher turnover.

As WRAL News reported last month, West Edgecombe lost nearly 60 percent of its teachers in one year under the school's former principal, Donita Gregory. After her second year leading the school, more than 40 percent of the teachers left. 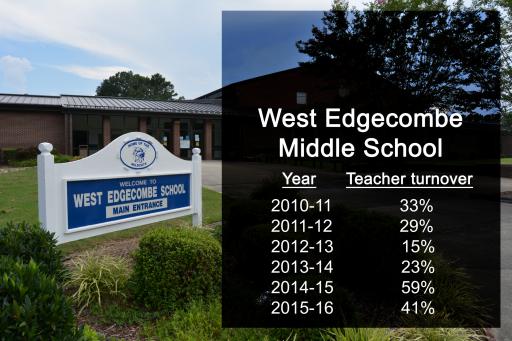 Edgecombe County Schools' superintendent decided a change was needed and hired Archer to take over West Edgecombe last year. Gregory was reassigned to be principal of a smaller school in the county, Phillips Middle.

After the leadership changes, both schools made improvements. West Edgecombe made drastic improvements in teacher turnover with Archer at the helm. This year, 95 percent of his staff returned.

Like West Edgecombe, Phillips Middle also exceeded academic growth expectations last year. Another point of pride for Phillips – it had the highest academic growth in the county during the 2015-16 school year and is no longer on the state's list of low-performing schools.

Gregory will soon be leaving her staff. She recently accepted a central office job in a neighboring school district. She will be working in human resources but said she cannot divulge which school system she is joining just yet. Her last day in Edgecombe County will be sometime in October.

Despite the improvements Phillips and West Edgecombe middle schools made last year, they still have a long way to go. Both schools received a grade of "D" from the state for their overall performance, but that is an improvement from the "F" grades they have received in the past.

West Edgecombe was within a few points of earning a "C," and both schools made gains in reading, math and science.

"We know there's a letter there, but that's not an indication of the teaching and the hard work that's going on," Archer said. "That letter grade is going to change.

One reason West Edgecombe improved last year, Archer says, is because the staff identified students who struggled academically and created individualized plans to help them.

The latest school performance data showed some other good news for Edgecombe County. For the first time since 2002, seven of the county's 14 schools exceeded academic growth.

"This is a tremendous achievement. This speaks volumes about the work that our teachers and administrators are doing," Superintendent John Farrelly told WRAL News by email. "Until the school performance grade formula changes to a fair ratio between growth and overall proficiency, high poverty districts will continue to be unfairly labeled. Measuring the year-to-year growth of students is the true measure of teaching and learning. In ECPS, 10 of our 14 schools met or exceeded growth. That is true progress."