After robbery, community steps up to provide gifts for soldier's family 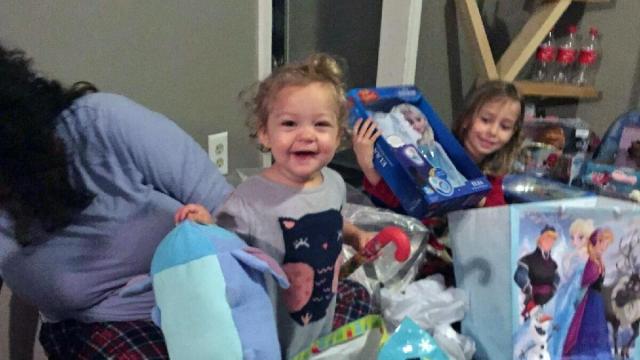 Raeford, N.C. — Just days after robbers tried to dampen the Christmas season for a military family in Raeford, a soldier's children spent Christmas Day with huge smiles on their faces as they opened dozens of presents.

Christine and Joseph Cottier said the military community and others stepped up in a big way after someone broke into their son's bedroom, stole Christmas presents and also left garbage on the front porch.

The Cottier’s said they were out of town since Dec. 18 visiting family and discovered their ransacked home on Christmas Eve.

After donations poured in, Joseph Cottier told WRAL News that his children ended up with more than he and his wife had originally planned when they opened gifts on Christmas Day.

Joseph Cottier has served in the military for the past 11 years, but his most important job now, he says, is making sure his children know they’re safe.

“Their biggest thing is their sense of security. Their home is their safe place,” he said. “It’s where they’re supposed to be safe at all time. To have somebody come in and take that from them, it’s trying to build that safe place back.”