Raleigh, N.C. — Three people were injured overnight in a shooting at a north Raleigh bar, and the owner was cited for violating a coronavirus order.

On Monday just after midnight, Raleigh police officers responded to the Rose Bar, a sports bar and lounge at 2645 East Millbrook Road.

Police said three people were injured, including two people grazed by bullets. Each of them suffered minor injuries, according to police. Two were transported to WakeMed and one checked in at Duke Health Raleigh Hospital.

It’s the large crowd, however, that has the owner facing a misdemeanor charge for violating the Governor’s executive order regarding occupancy limitations. 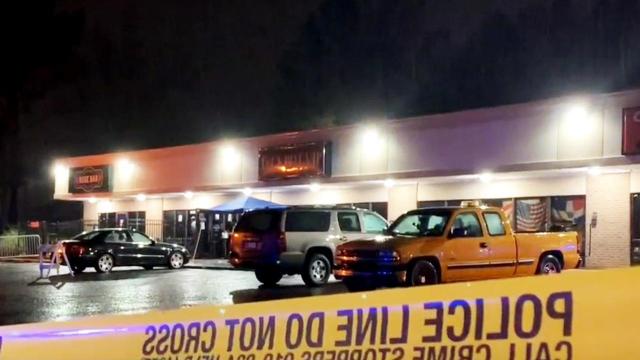 Raleigh police have not said how many people were at Rose Bar, but the state’s current guidance for bars is strict. Indoor seating is prohibited, and outdoor capacity is capped at 100 people or 30% of available seating, whichever is less. All patrons must be seated and alcohol can not be sold after 11 p.m.

“Small businesses in North Carolina are the backbone of our economy and we need to continue to help them and one of the very best ways to do it is to slow the spread of this virus and we are going to keep working with them to get that done," he said.

No charges were announced.

Police were at the scene for several hours investigating. The parking lot was blocked off with police tape.