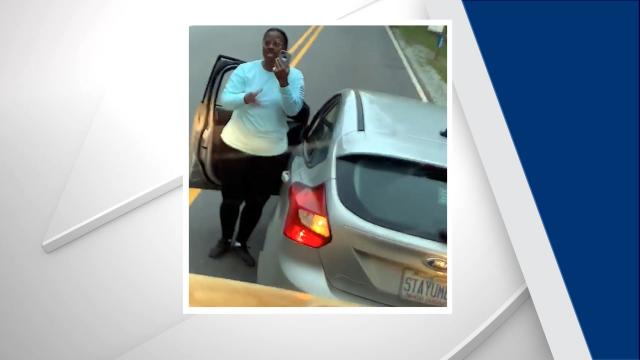 Durham, N.C. — A Wake County arrest warrant for a Durham woman accused in a spate of reckless driving incidents, including some caught on camera, has been canceled, according to her lawyer.

Michael Jones told WRAL News that a scheduling mishap was blamed for the failure of Diana Taije Mems, 50, to appear in a Wake County courtroom on charges of expired registration and improper turn.

Jones said the expired registration charge was dismissed and she accepted responsibility for the turn signal violation.

After months of complaints from drivers, Durham police charge woman with reckless driving

Mems has generated controversy in several Durham neighborhoods because of her driving habits.

In an incident last month, a school bus driver posted on Facebook that a car passed her on a two-way street and then slammed on the brakes in front of the bus in the middle of the street. A video linked to the post shows a gray Ford Focus with the STAYUMBL tag in front of the bus, and a woman is standing next to the car with the driver's door open pointing at the back of her car and recording the incident on a cellphone. The bus driver repeatedly honked at her to get her to move off the roadway.

In an incident recorded last October on a dashboard camera, the same car, which has a large dent in its rear bumper, was in a line of traffic waiting for a stopped school bus. The driver repeatedly tried to back into the vehicle with the dashcam and stopped suddenly as the traffic started moving. At one point, the Focus driver stuck a cellphone out the window. 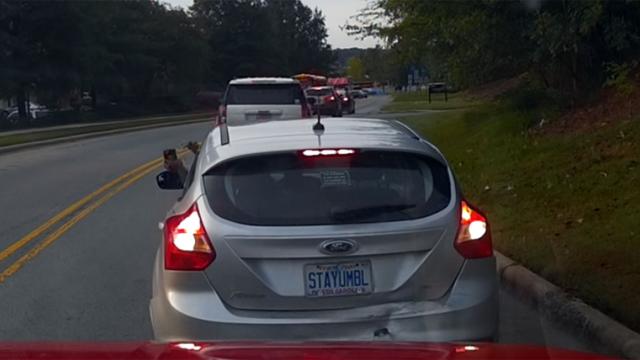 WRAL News has learned that Mems changed her license plate after receiving the citations.