Fayetteville, N.C. — Officials with the chemical firm that for decades released unregulated contaminants into the air and water near its Bladen County plant say they are committed to being good neighbors and responding to the concerns of nearby residents.

But despite a planned $100 million upgrade to reduce almost all emissions of GenX and other fluorinated substances, Chemours officials maintain that these largely untested contaminants have not affected the safety of drinking water.

The normally press-shy company has been on something of a publicity blitz in recent weeks, inviting reporters from the StarNews in Wilmington, The Fayetteville Observer and WRAL News for tours of its facility with plant manager Brian Long, who took the reins in February.

"We do recognize that we need to communicate more with our neighbors and with the folks in the community," Long told WRAL News Wednesday. 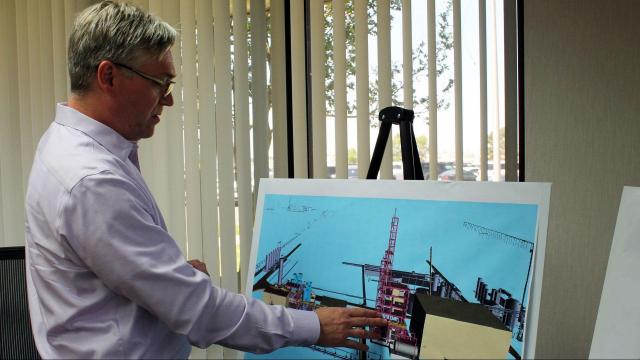 'We want to be a good neighbor'

The interview came nearly a year after the StarNews revealed that GenX – a component in Teflon, firefighting chemicals, stain repellents and other products – was present in the Cape Fear River and treated drinking water as far downstream as Wilmington.

The compound was developed to replace C-8, which was manufactured by DuPont, Chemours' predecessor company, and triggered hundreds of millions in legal settlements over ties to cancer. The health effects of GenX and similar compounds known as per- and poly-fluoroalkyl substances (PFAS) are not well studied, but some research points to a cancer link in animals.

In response to press coverage and demands from state regulators, the company in late June 2017 stopped the discharge of wastewater that contained GenX and began carting it away in trucks that stream from the facility by the dozen every day. But continued spikes of the contaminant in the river narrowed the focus to Chemours' air emissions.

"What we've learned is that there are certain air emissions that will actually deposit or drop to the ground," Long said. "When the compound is on the ground and it rains, it gets washed into either the river or the groundwater table."

Long said that, although the company estimated air emissions for its air quality permit, it took a Chemours team several months to determine exactly how much of the unregulated compounds it was releasing from its stacks.

Just last week, plant engineers installed carbon absorption units to scrub GenX from air emissions. In combination with other upgrades, Long said, the changes will reduce the release of the contaminant by 40 percent every year.

"One of the things I'm sure we've learned is that we can move fast when we focus on issues like this," Long said.

This initial reduction is part of a plan announced last month to reduce air and water emissions of GenX and other PFAS contaminants by 99 percent by early 2020.

Chemours plans $100M in upgrades, pushes back against regulators

"When they do get to eliminating 99 percent of the pollution coming out, that will be a good thing," Southern Environmental Law Center attorney Geoff Gisler told WRAL News in May. "Until then, they cannot be allowed to keep going."

Chemours' $100 million in upgrades include a system to separate GenX and related compounds from wastewater, routing them as vapor to a thermal oxidizer that will destroy the problem substances along with the contaminated air emissions.

"This is not equipment and technology where you can go to a provider and say, 'I would like this. Would you put it on a truck and deliver it next week?'" Long said. "It really is custom-built, designed and engineered."

Long said the wastewater will go through other treatment steps before it's discharged back to the river, an action that would require a permit from the Department of Environmental Quality. Chemours' existing wastewater permit expired in November 2016, but is "administratively continued" until state regulators can rule on its renewal.

Although the upgrades at the plant are in progress, DEQ spokeswoman Laura Leonard said Wednesday afternoon that regulators are still reviewing the plan. 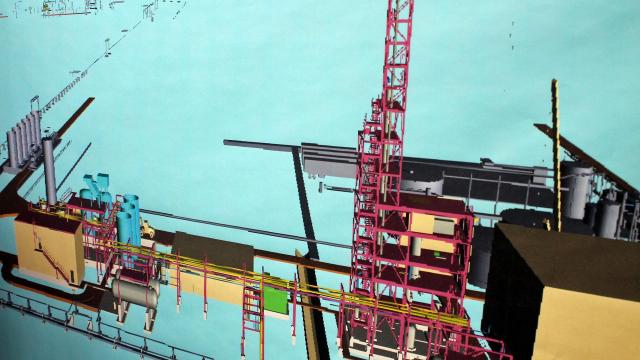 Yet, for all the company's efforts to remove GenX and other PFAS compounds from its air and water emissions, Long said Chemours maintains that GenX is safe at the levels found in the Cape Fear River and more than 150 private wells in the area.

"In terms of safety profile, we have over a decade of scientific data that suggest that there are no health effects expected in humans at the concentrations we see of these compounds in the environment," Long said.

State regulators last year set a "health goal" for GenX at 140 parts per trillion, a conservative estimate they say is safe for a baby being bottle-fed formula prepared from drinking water. A panel of scientists is reviewing that threshold and could revise it up or down.

Chemours and its connected lobbying group are pushing for a health goal 500 times higher than the current threshold, backed by research from North Carolina State University toxicologist and biological sciences professor Damian Shea, whom the company paid to review the issue.

Given the lack of extensive studies, other scientists have been more cautious. Environmental groups have gone further, warning of an imminent threat to public safety and pointing to GenX's close chemical composition to C-8.

DuPont, which spun Chemours off in 2015, knew of the dangers of C-8 for years, and the company's actions triggered a $670 million settlement to cover personal injury lawsuits.

Long said he's willing to work to show neighbors that Chemours is responsive to their concerns – even though he dismisses claims the drinking water is unsafe. When asked whether he would drink the water if he were the owner of a nearby well contaminated with elevated levels of GenX, he unequivocally answered, "Yes."

But he said that, if the community's expectations have changed after they learned more about the unregulated compounds in their water, the company has a duty to respond.

"What I would ask the residents of this community to do is to listen to what we have to say and watch us. Watch us move forward, and watch us implement these short-term and long-term solutions in a way that will reduce our emissions," Long said. "I think that's how we're going to go out and regain the trust of our community."

The company will hold a public town hall with plant officials June 12 at 6 p.m. at the Faith Tabernacle Christian Center in St. Pauls.