After Italy Collapse, Europe Asks: How Safe Are Our Bridges? 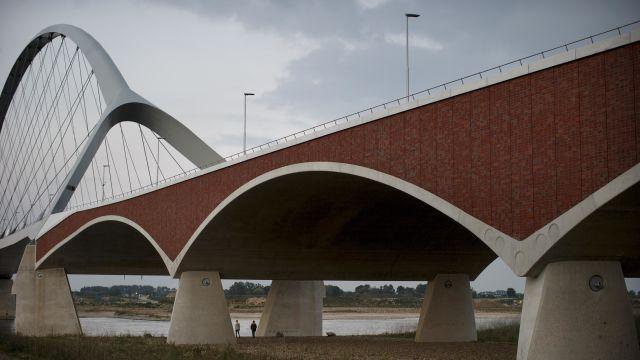 LONDON — The collapse of a highway bridge last week in Genoa, Italy, that killed 43 people has set off warnings across Europe about aging infrastructure and the need for new inspections, better record-keeping and more investment.

Experts say many Western countries, including the United States, do not spend nearly enough on maintaining or replacing older bridges and other structures, a problem that worsened after the financial collapse of 2008.

Engineers caution that the difference between a serious weakness and a catastrophic one might be evident only in hindsight. There had been years of dire warnings about fundamental design and maintenance problems with the Genoa bridge before it failed on Aug. 14, but other deadly collapses around the world have been preceded by assessments that the bridges were in no imminent danger.

How safe, then, are highways and bridges in Europe?

A study commissioned by France’s transportation ministry and released in July, found that “all the indicators reveal a strong deterioration in the national road network.” That network includes bridges and aqueducts. Yet few people noticed until tragedy struck Genoa.

In the past week, the French news media have seized on the report as evidence of what Le Monde, a leading newspaper, called “chronic underinvestment” in a highway system that includes 12,000 bridges. Much reporting has focused on the report’s conclusion that about 7 percent of bridges have damage that could eventually result in collapse if not addressed — though that outcome could be decades away.

On average, it takes 22 years for a bridge to be repaired after it first shows signs of degradation, the consultants who conducted the study reported. They said that spending on the upkeep of highways and bridges needed to double, and noted that France spends far less per mile on maintenance than Britain does.

After the collapse in Italy, the transportation ministry said it would put forward a new law dealing with infrastructure planning.

While there is unease about bridges and highways in France, the government’s awareness of the problem and the absence of major bridge failures in decades have tamped down the public outcry.

Many studies and news reports in Germany in recent years raised alarms about underinvestment in infrastructure maintenance.

Richard Dietrich, an architect and a bridge designer, even told the Hannoversche Allgemeine newspaper that Germany’s bridges were “rotting dangerously.”

But politicians and some engineers insist that fearful news coverage since the Genoa disaster is overblown. Infrastructure spending in Germany has rebounded recently, and Andreas Scheuer, the federal transport minister, said the government would spend 1.3 billion euros (around $1.5 billion) on bridge replacement and renovation this year.

“In Germany, we have a proven system of controls for bridges,” he told the newspaper Bild am Sonntag last weekend. “I put my trust in it and citizens can trust it, too.”

Many of Germany’s bridges, like Italy’s, date to the era of postwar reconstruction and are showing signs of age. In recent years, some major highway bridges have been closed to heavy trucks because of stability concerns. The problem is less pronounced in the less affluent eastern part of the country, where much of the infrastructure was upgraded or replaced after East and West Germany were reunified in the 1990s.

In what officials said was a coincidence of timing, repairs began Monday on the Rader bridge about 20 miles east of the northern city of Kiel, which in 2013 was found to have damage to 29 support posts.

Of the 39,621 bridges monitored by the federal government, 10.6 percent are in a condition that is not satisfactory, and 1.8 percent are in “inadequate” condition, needing urgent repair, according to the Federal Highway Research Institute.

But Germany has a thorough inspection regimen that is tracked by the central government, with each bridge surveyed at least once every three years.

“Every six years, bridges are inspected extensively and closely — the inspector taps or scans the structure centimeter by the centimeter,” Burkhard Kötter, a bridge expert, told the German automobile association ADAC.

The Norwegian Road Supervisory Authority, which monitors road safety, made a chilling discovery two years ago: The government had failed to keep track of the condition of many of the country’s 17,500 bridges, and reports of damage and unsafe conditions went unheeded for years.

Since the turn of the century, the Public Roads Administration, which is in charge of building and maintaining roads, has phased in a computer system to replace paper records on the state of bridges. That was supposed to have made oversight easier, but in some cases information was not entered properly, and in others the system’s warnings failed to draw the staff’s attention.

Last year, an investigation by the newspaper VG discovered that “critical damage” had been found in 21 bridges, but that one report had gone unnoticed for 20 years, another for 15.

Trude Tronerud Andersen, the director of the Road Supervisory Authority, said the roads administration had put too much faith in a flawed information system. “They were believing and hoping, but they didn’t know,” she said.

The Public Roads Administration is carrying out new inspections of all of Norway’s bridges, and the government has given it until the end of this year to update its computer system.

Spain: A Lack of Information

After the Genoa collapse, a Spanish online publication, El Confidencial, reported that the government had repeatedly refused to release information about the maintenance of bridges, and the news organization said it was in a legal battle to obtain the information.

This month, a far-left Catalan member of the Spanish Parliament, Fèlix Alonso Cantorné, asked the government to supply details about some of the country’s bridges and tunnels. He cited a report from a Spanish road association, whose members include highway operators, that said Spain had a backlog of needed maintenance that would cost 6.6 billion euros.

But many of Spain’s bridges are relatively new, built or renovated after it joined the European Union in the 1980s. And government officials have repeatedly offered assurances that all of the country’s 22,500 bridges have been inspected within the past five years.

Just months ago, Atlantia, the Italian infrastructure company that operated the Genoa bridge through a subsidiary, completed the purchase of Abertis, a major Spanish highway operator, together with ACS, another Spanish company. Threats by the Italian authorities to impose heavy financial penalties on Atlantia have driven down its stock price, but the company said in July that it had secured all the financing for the Abertis deal.

In the Netherlands, bridge maintenance has been a hot topic since 2016, when damage was found in a busy span and heavy trucks were banned from it. That led to the closing and replacement of six other bridges and prompted a national discussion about the upkeep of the country’s infrastructure.

In April of this year, an investigation by two Dutch news organizations, EenVandaag and NHnieuws, found that in North Holland, the province that includes Amsterdam, dozens of bridges and viaducts are showing maintenance problems, and some are at an “unacceptable” risk of collapse.

The Ministry of Infrastructure and Water Management, the national body that oversees 1,052 bridges in the country, responded at the time that there was no cause for concern. The bridges are inspected every six years.

“At this point there aren’t any indications that we need to worry in the Netherlands about Dutch bridges that are on the verge of collapse,” Fred Westenberg, the chairman of the Dutch bridge foundation wrote last week.

But many bridges in the Netherlands were built generations ago and now carry far more traffic than they were designed for.