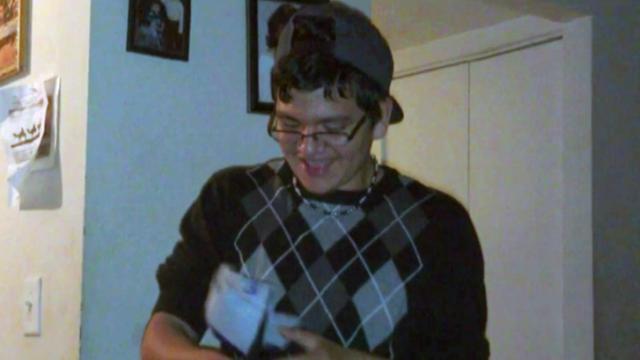 Durham, N.C. — After further review of the case, Durham's top prosecutor said Friday that no charges will be filed in the death of Jesus Huerta, a teenager who police say shot himself in the head while he was handcuffed in the back of a patrol car last year.

The Office of the District Attorney first announced Jan. 14 that there was no evidence to warrant criminal charges in the 17-year-old's Nov. 19 death, but the State Bureau of Investigation, less than two weeks later, began looking at claims in an anonymous letter that Huerta's family's attorney received.

"Gun permits, firearm qualifications and fire range records were reviewed," District Attorney Leon Stanback said Friday in a statement. "The author of the anonymous letter was discovered, located and interviewed. The anonymous source admitted that he reported rumor and conjecture without a factual basis."

Stanback did not say what the letter entailed.

"The details of the additional SBI investigation were reviewed by the attorney for the Huerta family and the family," Stanback continued. "The district attorney is satisfied that there is no probable cause to charge a crime."

According to autopsy and toxicology reports, Huerta died of a close-range gunshot to the mouth and had in his system a potentially lethal dose of cough medicine that could have caused the teen to hallucinate.

The results of an internal police investigation found that Officer Samuel Duncan picked up Huerta early on Nov. 19 in response to a call about a runaway and learned that he had a warrant out for his arrest on a second-degree trespassing charge.

By 2 a.m., according to police, Huerta was dead – his hands still cuffed behind him, slumped over in the back seat of the car outside the Durham Police Department – and a handgun was found on the floorboard of the patrol car.

Duncan, according to police, missed the .45-caliber handgun when he frisked Huerta.

He has been on administrative duty with pay while the Durham Police Department investigates whether he violated policies in how he handled Huerta's arrest.

A police spokeswoman said Friday afternoon that the review is ongoing but should be completed soon.

Huerta's family had no comment Friday on the district attorney's announcement, their attorney, Alexander Charns said in an email.

"The Huerta family thanks the SBI and the DA for following up on the area of inquiry that was identified," Charns wrote. "I offer my thanks as well."