After Broken Hearts and a Medical Emergency, the Timing Was Right 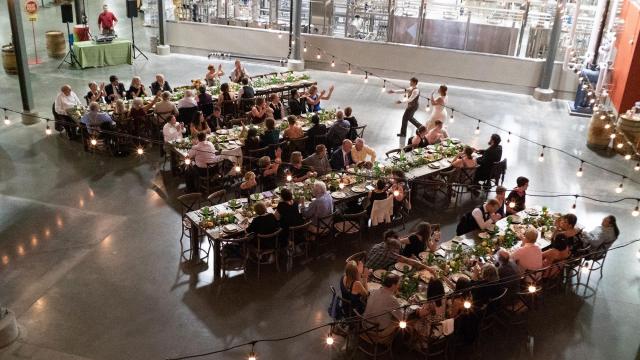 The summer of 2014 did not begin happily for Whitney Morie, a kindergarten teacher and part-time receptionist in a hair salon. She had a broken heart that was lingering like a Colorado winter, and she was also beginning to fear she might never become a mother.

“The only thing I’ve ever wanted was to have children,” said Morie, 36. “I’ve nannied for multiple families and I’ve always loved kids.”

Then, on the night of July 11, she ended up in the emergency room at St. Joseph Hospital in Denver with intense abdominal pain. As it turned out, she had a cyst on her left ovary and both the cyst and the ovary needed to be removed immediately. Dr. Molly Larson, a resident in obstetrics and gynecology, soon arrived to discuss the surgery.

Although Morie had been panicking about how losing an ovary might affect her fertility, she soon found herself focusing on Larson instead. “I wasn’t expecting a hot doctor,” she recalled. “She has great eyes. I noticed those right away. She had a comforting smile. Her teeth were perfect.”

Larson assisted in the operation and checked in on Morie afterward, but the two did not see each other again in the hospital. While recuperating at home, Morie imagined ways she might ask Larson out. She was recently asked how she knew Larson, 34, would be open to dating a woman. Overhearing this, Larson, who has hair shorter than most teenage boys, laughed and said, “I look pretty gay!”

Almost a month after the surgery, Morie sent flowers to Larson at the hospital, with a note that included the line: “If you’re available, I’d like to take you out to dinner.”

Larson did not remember her. “I read this note from this chick and I was like, ‘Man, I don’t know who this girl is,'” she said. She did not reply.

At the time, Larson had recently ended a long relationship, sold the house she shared with her ex and was about to turn 30, a milestone she didn’t take lightly. At the end of the summer, she signed up for Match.com. “I thought, ‘I’ll just put myself out there,'” she said.

In October 2014, Morie received an email from Match (friends had signed her up as a gift) that included photos of 12 potential matches. At the top of the list was Larson’s freckly face.

“I was mind blown,” Morie said. “I didn’t do anything about it right away, but when I got to my second job, I said, ‘You guys, it’s the hot doctor!'”

She contacted Larson and they made a plan to meet for brunch at Steuben’s restaurant in Denver. Morie did not mention that they had already met. “I knew who she was but she had no clue about me,” she said.

Just before the date, Larson, who had been up all night working in the hospital, ran a 15-kilometer race around Denver. “She likes to put herself in misery,” said Jessica Shenk, a classmate of Larson at the University of Colorado School of Medicine. “She searches for challenges.”

Even in person, Larson did not recognize Morie. However, she really liked her. “She has these big, expressive, beautiful eyes and she has an amazing laugh,” Larson said.

Eventually, Morie revealed how and when they had met before. Larson, who believes physicians and patients should avoid getting romantically involved, considered leaving but decided, uncharacteristically, to stay. “I probably made the boldest, most spontaneous decision of my life,” she said. “I don’t make spontaneous decisions. I think things through.”

The date continued for many hours. “She was shy and quiet, which I liked,” Morie said. “I’m loud. The calmness was nice.”

Over the next several months, they got together to hike, eat Mexican food or investigate little-known breweries around Colorado. “We were both really into craft beer and football,” Morie said. She recalled, “When I learned Molly watched football, I thought, ‘This girl is the whole package!'”

Larson once showed up at the hair salon where Morie worked with two bottles of a Malbec named “Joy” and a note thanking Morie for bringing her so much joy.

“I don’t remember when I fell in love with her,” Larson said. “She was just perfect from the beginning and she was never not perfect. I’m a pessimist. I was waiting for something to come up but it never did.”

On Oct. 8, 2016, Larson proposed while they were tasting “Serendipity,” a sour ale, at the Great American Beer Festival in Denver. “Speaking of serendipity, do you want to be my wife?” she asked.

“Serendipity” is the word they use to describe the way they met, and re-met. “It means ‘a joyful coincidence’ and that’s absolutely what it was,” Larson said.

The couple now live in Erie, Colorado, with a beer cellar full of carefully curated bottles, two adopted dogs and Carolyn Larson, Larson’s mother, who reported: “Whitney leaves love notes for Molly all over the house.”

Wanting an even livelier home, the couple recently trained to become foster parents. “Molly and I have had a lot of discussions about whether we want to bring children into the world with the state of things right now,” Morie said. “That led Molly to bring up, ‘Well, what about trying to provide for someone who’s already here?'”

In May, they received a call informing them that a 2-day-old boy needed a foster home. “It was noon and he was at our house at 1:45,” said Morie, who had quit both of her jobs by then.

They were elated parents, until mid-September when he was placed with members of his biological family. (The women hope to become both foster and biological parents in the future. Morie plans to carry their biological children — it turns out one ovary is plenty to get pregnant — and she will also be the stay-at-home mom.)

The couple were legally married Nov. 24, 2016, with just the two of them in jeans at the Webb Municipal Office Building in Denver. (Donald Trump had just been elected president and many of his advisers and supporters opposed same-sex marriage.) “I was afraid our right to marry would get taken away,” said Larson, now a gynecologist working in a private practice in Lafayette, Colorado. “Like I said, I’m a pessimist.”

On Sept. 22, they held what they called their “real wedding,” in the canning room at the Great Divide Brewing Company in Denver. Morie, who added Larson to her name after their first wedding, wore a lacy, white gown with a line of buttons running down the back like a narrow hiking trail. Larson was dressed in dark green wool pants, a matching vest, a white shirt and Oxfords.

Alice Sawyer, Morie’s aunt, led the ceremony, which was written by Brittany Larson, Larson’s sister, and included the line: “It’s the story of a girl, another girl, an ovary and a series of leaps of faith.”

Afterward, the 80 or so guests gathered for dinner at three long farmhouse tables decorated in autumn colors and surrounded by beer barrels, pipes, canning machinery and the kind of floors that can be hosed down.

Dessert Menu: The couple did not have a wedding cake. Instead, the Sweet Cow MooMobile, an ice cream truck, was parked outside and serving floats and sundaes under a bright moon.

Beer Menu: After the rehearsal dinner, the brides and some friends shared a 2-liter bottle of “Jammy,” an aged saison and one of the couple’s most prized acquisitions. For the wedding, they chose Great Divide beers, including “Yeti” and “Samurai.” The couple also used empty beer bottles from their collection as flower vases, ones with names like “Native One” and “Keen Observation.”