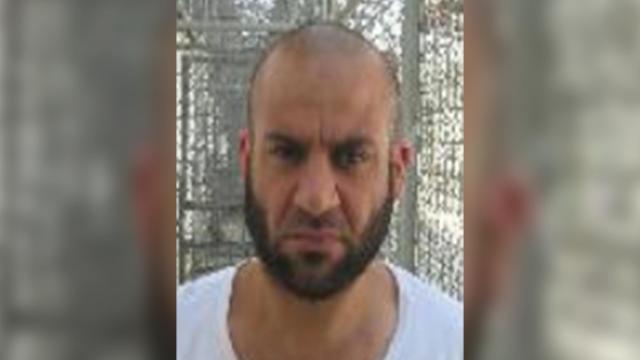 CNN — What remains of ISIS -- the so-called Islamic State in Iraq and Syria -- is yet to acknowledge the death of its leader Abu Bakr al-Baghdadi who died in a raid by US forces in northern Syria on Saturday.

At this early stage it's not clear who will succeed him. President Donald Trump tweeted Tuesday that "Abu Bakr al-Baghdadi's number one replacement has been terminated by American troops." Trump added, "Most likely would have taken the top spot - Now he is also Dead!"

A US official told CNN "the President was referring to ISIS spokesperson Abu Hasan al-Muhajir" -- who was described by a senior State Department official on Monday as "kind of a number two" to Baghdadi. He was killed in a different part of northern Syria than where Baghdadi died, according to the Syrian Democratic Forces.

While al-Muhajir was an important figure in ISIS' propaganda effort, some analysts believe another man -- who has at least three aliases -- is Baghdadi's probable successor. Several internal ISIS documents refer to him as al-Hajj Abdullah. The US State Department's Rewards for Justice program names him as Amir Muhammad Sa'id Abdal Rahman al-Mawla, while listing an alias as "Hajji Abdallah." In August, it offered a reward of up to $5 million for his capture, describing him as a "potential successor" to Baghdadi.

Al-Mawla became a "religious scholar" with al Qaeda in Iraq, according to the Rewards for Justice notice, before the group rebranded itself as the Islamic State. In 2014, he "helped drive and justify the abduction, slaughter, and trafficking of the Yazidi religious minority in northwest Iraq," the notice says.

Much of the Yazidi community lived in an area close to what some analysts believe was al-Mawla's home-town of Tal Afar in northern Iraq. In 2014, after ISIS had taken Tal Afar and Mosul, the group enslaved thousands of Yazidi women and children and murdered thousands of Yazidi men, in what the United Nations has called a genocide.

Other details about al-Mawla's background are obscure. Counter-terrorism expert Daniele Raineri has noted that he was "the deputy who managed to spend the years since 2010 almost totally under the radar." But as others in the ISIS hierarchy were taken out or died in battle, he became one of the group's leading ideologues.

His prominence is supported by an interview given to the al Arabiya network this week by Baghdadi's brother-in-law, Mohammed Ali Sajet, who is detained in Iraq. When asked, "So there is a character known as Hajj Abdullah who was a deputy for Baghdadi when you met him last?" Sajet responded: "Yes." And asked whether he was likely to succeed Baghdadi, he added: "Yes I think so."

Last year, al Arabiya aired an interview with another senior ISIS detainee in Iraq, Ismael al Eithawi, who was regarded as very close to Baghdadi. When asked, "Who are among the most prominent personalities who may succeed Baghdadi?" Eithawi responded: "I think that the main and fundamental candidate for Baghdadi is al-Hajj Abdullah Qardash. And he is the most prominent of Baghdadi's surrounding circle."

According to Aymenn al-Tamimi, who has studied ISIS in detail, the interview provided "the most important line of evidence" that 'Abdullah Qardash' is yet another alias for al-Mawla.

Al Tamimi also points to an internal ISIS document from 2018 in which a member of the group writes to al-Mawla about about an ideological dispute. The letter (which for the record used the alias al-Hajj Abdullah) repeatedly described him as "the deputy" to Baghdadi.

There are suggestions al-Mawla is of Turkmen origin. If so, that may count against him. Most of ISIS' senior hierarchy have been Iraqi Arabs. There are other hurdles al-Mawla would face. It is widely believed among jihadis that any "Caliph" must have certain credentials.

One is that he must be descended from the Prophet Mohammed's Quraysh tribe. Another is the requirement to have significant knowledge of Islamic jurisprudence. His track record as a "religious scholar" within the terrorist group may allow al-Mawla to persuade jihadis of his theological pedigree -- but it's unclear that he has Quraysh lineage.

There may well be other candidates, but ISIS' complete secrecy and the fact that an unknown number of its senior figures have been killed complicate any assessment. It's not even clear that the group's Sharia Council, whose duties include selecting the "caliph" or leader, still functions.

Whoever leads ISIS next will -- like Baghdadi -- devote most of his time to hiding from the group's many enemies, whether in the deserts of western Iraq or somewhere in northern Syria. Like Baghdadi and Osama bin Laden, he will find it difficult to communicate with other members of the group, aware that message couriers are often the weakest link. And ISIS is not without its own divisions, especially over ideology.

Signs of an ISIS revival

But ISIS's next leader will also take charge of a group that is showing signs of revival in several Iraqi provinces north of Baghdad and reverting to the sort of guerrilla tactics and assassinations that ISIS utilized before winning territory in 2014. ISIS supporters in Iraq will be celebrating the country's renewed instability amid popular protests there. And with US troops pulling out there is concern the group will be able to regenerate in Syria.

ISIS is also thought to have squirreled away tens of millions of dollars. And it has affiliates -- from the Sahel to Egypt's Sinai desert to South-east Asia -- that are still active and have pledged allegiance to the Islamic State.

While its supporters will no doubt be angered by Baghdadi's death, ISIS has long prepared them for this moment. Rita Katz, who heads the global extremism monitoring group SITE Intelligence, says supporters are stressing that jihad does not end with the death of a single man and that Baghdadi's martyrdom should be celebrated, not mourned.

He is certainly not mourned by al Qaeda, which cut its ties with the Islamic State in 2014 and watched it take huge swathes of Syria and Iraq before the Caliphate crumbled three years later.

According to a translation by SITE, one al Qaeda commentator said Baghdadi's demise was worth noting "only for consideration of his arrogance and his thinking that the world will be his forever." Another asked: "How much did he deviate and distort the pure Shariah? How much did he obstinately claim truth and guidance?"

The hard core of ISIS supporters will be dismayed by Baghdadi's demise but not deterred. Back in 2014, the now deceased ISIS senior leader Abu Muhammad al Adnani said: "We will conquer your Rome, break your crosses, and enslave your women. If we do not reach that time, then our children and grandchildren will reach it."

And on that ISIS and al Qaeda do agree -- that their struggle will last generations.