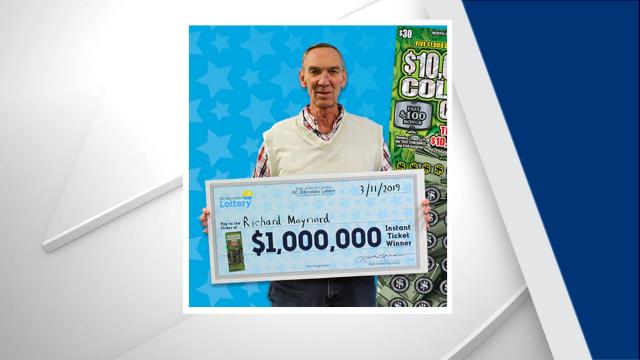 Trying his luck again after winning $60 in the lottery, a Raleigh man bought a ticket worth $1 million.

One of them was worth $1 million.

Maynard is a building materials salesperson, and he said he might use his winnings to buy a new truck.

“I never get a new truck,” he said in a statement. “I always bought a used one. This might be the time I get a new one though.”

He also plans to put some of the money toward his retirement.

“I’ve always wanted to move to the beach when I retire,” he said. “Now maybe a nice boat will be in order.”