Affordable and accessible, Sanford a draw for young professionals 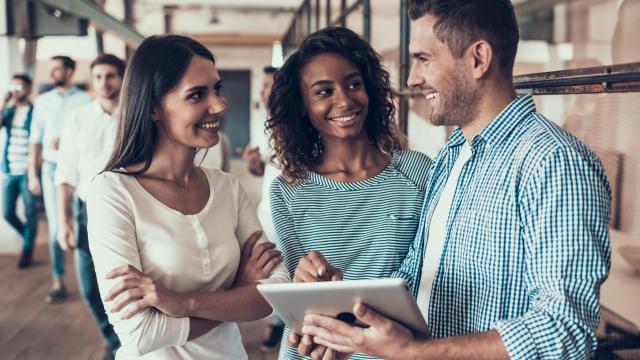 When you think of cities bursting with young professionals, places like New York, Chicago, Los Angeles and Austin may come to mind. Each of these cities offers a different type of metropolitan flair with strong identities and thriving work populations.

In North Carolina, Raleigh and Charlotte have been experiencing similar boom periods, attracting new young professional residents. But city life comes with compromises, and as a result, professionals are looking elsewhere to establish roots.

"My husband and I, we were living in Chicago," said business owner Kelly Klug. "Back in 2006, my husband's company was opening an office in Fayetteville. We like to travel, wanted to be close to a larger airport, and having lived in Chicago, liked being close to a city. Right there in the middle of it all was Sanford."

Klug's story can be found from residents all around Sanford.

The town is centrally located, so commutes to Raleigh, Fayetteville and Greensboro are easily doable. Whether it's for work or recreation, major metropolitan areas are just a short drive away since U.S. 1 and Highway 421 runs directly through the city.

The Raleigh-Durham International Airport is 45 minutes away, while corporate fliers and aviation hobbyists can utilize the Raleigh Executive Jetport, just minutes from downtown.

Through a major revitalization effort that's taken place over the past decade, Sanford has transformed itself from another small town on the map to a thriving city with major industries. Once upon a time, workers left Sanford for opportunity, but the trend has reversed due to appealing factors like the affordable cost of living and its accessibility.

"It's kind of turning the other way around," said Joe Clancy, owner of Express Employment Professionals in Sanford. "I hear more people who are up in the Triangle and Wake County that are looking at Sanford as a place to live. With the changes we've made in the downtown area, the affordability of housing down here, people are looking at it as -- especially with U.S. 1 -- it's become closer to the Triangle."

Renovating downtown was a key part of Mayor Chet Mann's campaign, and after his victory, plans were quickly put in place. Now, the downtown serves as a lively hub with everything from high dining and pizzerias to local brewery Hugger Mugger. The revitalized area is also home to the historic Temple Theatre, which draws traveling Broadway shows and major crowds.

Smaller towns like Sanford occasionally get a bad reputation for being too tightly knit, but Sanford residents have turned their size into a positive. Business organizations are incredibly active, with groups like the Sanford Area Growth Alliance hosting regular networking events.

One day you might meet the mayor and the next night you could be dining near a Caterpillar executive.

"From a professional standpoint, the first thing I did was to get involved in the Chamber of Commerce," said Klug, who also serves as the Central Carolina Community College grants coordinator and is the Sanford Area Growth Alliance chamber board chair. "It let me meet elected officials and leaders, and make friends. You work, live, play with everyone. That really helped me grow my business and get involved. Sanford is not just the business community, it's the town as a whole."

"Before I moved here, I talked to and visited the Chamber of Commerce," Klug continued. "What's unique is the organizations within the town really work together. That's what made it possible for the growth we're seeing."

Pfizer recently announced a half billion-dollar investment to its campus already located in town, so the Sanford secret may be out in the open soon. But the town has managed its growth every step of the way so far and finding success along the way.

New businesses are looking to take advantage of Sanford's growing life sciences community and its trained manufacturing worker base. More and more people are calling Sanford home, utilizing its central location and robust business community to grow their own careers.