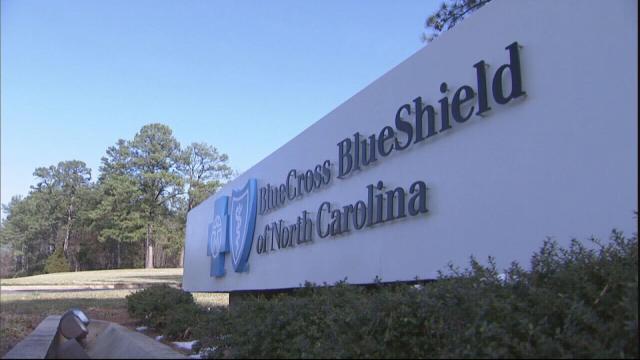 Raleigh, N.C. — Blue Cross Blue Shield of North Carolina had an unfair advantage to gain a multibillion-dollar state contract to handle Medicaid under a new managed care system, according to an appeal filed by one of the losing bidders.

The state is in the process of shifting its Medicaid program from a fee-for-service system to a managed care model in an attempt to rein in health care costs. The state will set average per-person rates to cover the annual cost of care and let companies keep profits when they stay under the cap.

Various companies that lost out on the contracts are appealing, including Aetna, which lost out by a razor-thin margin in a scoring system used by the state Department of Health and Human Services.

Aetna Better Health of North Carolina Inc. filed a motion with the state Office of Administrative Hearings on Wednesday, claiming that the scoring system was stacked in Blue Cross' favor.

Among the alleged conflicts cited in the motion: one member of the DHHS evaluation committee dates and lives with a Blue Cross employee and did so throughout the bidding process; another committee member who had financial problems went to work for Blue Cross for more money immediately after the process; and two other members previously worked at Blue Cross.

The motion asks that an administrative law judge to toss out the contracts and start the procurement process over. Other bidders that lost out on the Medicaid contracts also claim the scoring system was flawed.

DHHS spokeswoman Kelly Haight Connor said the agency is "confident in the integrity and fairness of our procurement process" and said a judge has already denied an attempt by the losing bidders to halt the shift to managed care.

"The department is committed to transitioning Medicaid and N.C. Health Choice to managed care as directed by the N.C. General Assembly and is set to go live across the state on Feb. 1," Haight Connor said in an email.

"Blue Cross NC has confidence that the bid procurement process was conducted fairly and without bias, and it looks forward to continuing to serve the citizens of North Carolina," spokesman Austin Vevurka said in an email.

Some 1.6 million people will move into the managed care plans over the next year or so. Blue Cross and the other four companies will negotiate plans with hospitals and other health care providers much like in the private insurance market, taking the risk that costs will outstrip government funding.