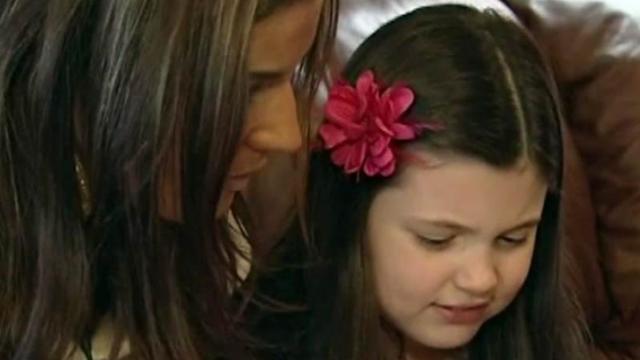 Raleigh, N.C. — Advocates for people with autism want access to critical treatments, but legislation that would allow it is hung up in the General Assembly.

The state House voted overwhelmingly last month to approve legislation that would require insurers to cover ABA therapy, but it has languished in a Senate committee since then.

Scott Taylor said he and his wife paid $1,500 out of pocket for ABA therapy for their 11-year-old son, Daniel. He credits the strides his son has made to the therapy, which involves a team of therapists reinforcing positive behaviors and trying to eliminate negative ones.

"It makes a big difference," Taylor said. "It is time intensive, one on one, and so it's not cheap."

A year ago, he said, they had to halt the therapy because they could no longer afford it.

"These children cannot wait on the treatment that they need and that their doctors are prescribing," said Lorri Unumb, vice president for government affairs for advocacy group Autism Speaks. "To have an insurance policy that purports to cover autism but doesn't cover the single most important treatment for autism is not meaningful."

Insurance companies say ABA therapy is an educational treatment, not a medical one, and they don't cover educational therapy. It also would raise premiums for other policyholders, according to insurers.

"The cost is chump change to what it would cost to care for folks like Daniel when they become adults," Taylor said.

The North Carolina Chamber also opposes the bill, calling the insurance requirement a burden for businesses.

Sen. Tom Apodaca, R-Henderson, said the Senate has no plans to take up the bill.

"Until we get guidance under the Affordable Care Act, we're kind of tied," Apodaca said. "We hate doing it because we all love this bill and feel like it's needed."

Guidance about mandates under the national health care reform law is expected early next year, he said.

Unumb said she doesn't see the federal law as an impediment, saying advocates are working to amend the bill to remove health exchanges and small businesses from the ABA therapy coverage requirement. The changes would bring the proposal into compliance with the Affordable Care Act, she said.

One in every 88 children is diagnosed with autism, according to the latest estimate by the Centers for Disease Control and Prevention, and Taylor said ABA therapy would help children like his son live normal lives.

"We all want our child to grow up to live as independent and fulfilling a life as possible, and that's what I want for Daniel," he said. "This therapy is going to help him do that."