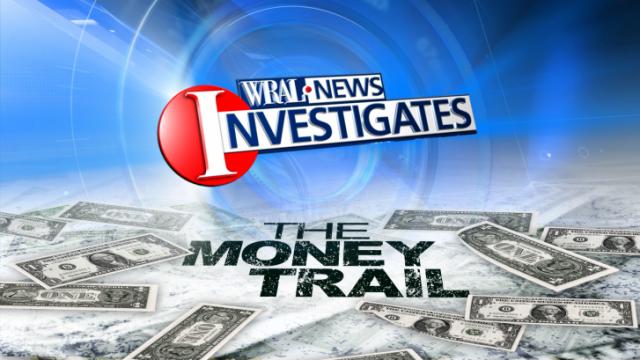 An advisory letter issued by State Board of Elections Director Kim Strach says that her agency had no latitude to regulate organizations that mail, publish or broadcast "issue ads," which often look like, and for all practical purposes are, campaign ads. Groups that avoid "express advocacy" and don't trip certain thresholds on the election calendar may remain unregulated and are free to exchange certain types of information with candidates.

That guidance draws cleaner lines for well-funded groups that may want to bolster or harm the chances of a particular candidate but don't want the scrutiny that comes with having to register as an official political committee. An example of this kind of spending recently came from the League of Conservation Voters, which spent $640,000 to air an ad critical of Republican U.S. Sen. Richard Burr's stance on clean air policies. Burr is up for re-election next year.

Strach's letter lays out how policy organizations or groups formed to bolster a particular candidate for governor, such as the Renew North Carolina Foundation that has aired ads featuring Gov. Pat McCrory, may communicate with their favored candidates.

"It's going on now on all sides. It's happening everywhere. We just hadn't talked about it here in North Carolina," said Michael Weisel, a Raleigh lawyer with Bailey & Dixon who does campaign finance work for liberal causes. "Tell us what the rules are, and we'll abide by the rules."

The opinion could be all the more influential since a partisan deadlock on the Federal Elections Commission has stalled enforcement of all but the most egregious cases on the federal level. Weisel said he asked for the advisory letter, which was officially published on Oct. 1, so that players on all sides of the political spectrum, Democrats and Republicans alike, would know what the rules of the road are in North Carolina.

A series of U.S. Supreme Court and other federal appellate court rulings over the past two decades have chipped away at limitations on campaign fundraising and spending, giving rise to super PACs and other independent spenders such as 501(c)(4) social welfare nonprofits, named for the section of the tax code under which they file. While these groups have been able to raise money – often keeping their donors anonymous – and spend it to influence elections, bans on coordination have served something of a legal check on candidates' ability to lean on a handful of wealthy donors or powerful interest groups.

By 2014, creative workarounds had already begun to erode the coordination firewall. For example, candidates had begun to post lengthy segments of b-roll – generic footage featuring the candidate in a variety of situations – that independent spenders could then use for their own ads.

Strach's guidance means that North Carolina candidates and issue advocacy groups can rely less on such sleight of hand, at least during the early stages of the election. It appears to allow candidates and their political operatives to speak directly with issue advocacy organizers about things such as polling results and effective messaging.

Josh Lawson, general counsel for the State Board of Elections, said the letter doesn't deliver a blank check to groups and that each situation could be subject to "a fact-specific inquiry" as to whether a tax-exempt group and a candidate crossed a line.

The world of campaign law is fiendishly complicated at times, and no one letter provides blanket guidance for all situations. For example, another recent advisory letter struggles with the question of whether certain types of groups known as 527s must automatically register as political committees. The answer: probably not, but it depends.

Potentially, Strach's ruling on coordination could open the door to nonprofits sharing more tactical information, such as where groups plan to air spots, although Weisel and other lawyers who advise North Carolina campaigns say that is still a legal gray area.

"I don't know if practically you could do something like that," said Roger Knight, a Raleigh-based lawyer who advises conservative candidates and causes. "You would end up walking so close to the line."

Chuck Winfree, a Greensboro lawyer and former Republican member of the State Board of Elections, is less sure that Strach's advisory opinion prohibits that kind of tactical coordination and says that it leaves open a conduit between campaigns and interest groups that would not have been tolerated during his tenure.

"We might as well take the rules and throw them in the creek if that is going to be allowed," Winfree said.

He specifically pointed to a key paragraph in Strach's letter that says a group that is not a campaign committee cannot be deemed to have made coordinated expenditures or contributions to a candidate.

"I think we would have viewed this as being beyond the pale of permissible coordination between a candidate committee and a group," Winfree said.

The Federal Elections Commission already has a three-pronged test as to what counts as coordination, and Strach's letter would not supersede that for congressional elections. But it will hold for candidates and groups working in next year's gubernatorial election, contests for General Assembly and appellate court campaigns.

To remain "issue advocacy" organizations and avoid regulation by state elections officials, groups would have to avoid "express advocacy" and "electioneering communications."

Although Strach's guidance merely interprets the law as is rather than establishing any sweeping new guidance, good-government advocates see it as another fissure in the already porous wall between big money and elected officials.

Bob Phillips, director of the North Carolina chapter of Common Cause, pointed out that lobbyists are prohibited from giving most things of value directly to a lawmaker or executive branch official. But under this ruling, he said, some organizations would have the "tremendous asset" of explicitly helping and coordinating campaign-like activity with officials they back.

"This again increases the connectivity and sway and influence that special interests have over candidates for elected office and the process," Phillips said.