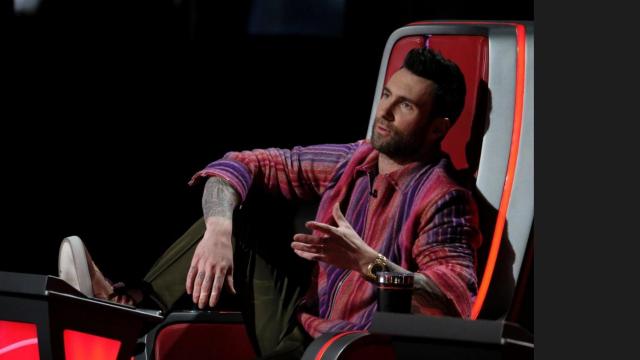 CNN — Adam Levine's mind is made up when it comes to "The Voice," the NBC competition show on which he served as a coach from its start until Season 16.

The Maroon 5 front man was asked on Instagram if he would return to the show. A fan asked: "Come back to 'The Voice?'"

Levine replied, "No thank you?"

There you have it.

Though Levine parted ways with "The Voice," he still has love for fellow coach Blake Shelton, poking fun at him in the same social media Q and A.

A fan asked, "Do you think Blake also being (named) the sexiest man alive was a People downgrade?"

Levine replied with an underlined 100% emoji.

The singer, who spent 16 seasons with the show, says now he really enjoys being a stay-at-home dad.

Last year, he told Ellen DeGeneres, "I really do miss it. I love the people that I met and worked with, and you all obviously know how I feel about Blake. I do miss it, but I don't miss how much I had to work.

"I was constantly working for so many years. Very lucky, very fortunate, very blessed and all that, but to just be able to stop in this moment to spent time with my new young family and just have the greatest time ever. Now I'm a stay-at-home dad. I just stay at home and do very little."