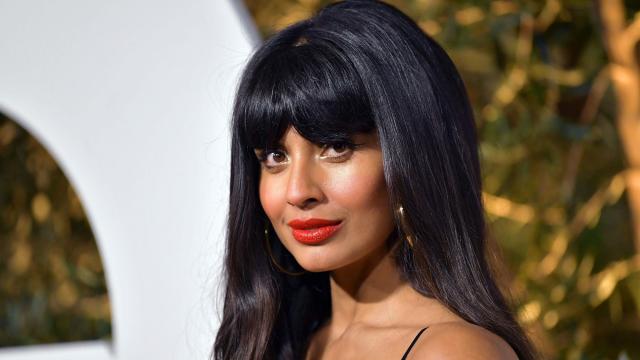 "The Good Place" star had added a rainbow to her Twitter name years ago, but she had never revealed her sexuality officially, Jamil said in a post to her Twitter.

"I kept it low because I was scared of the pain of being accused of performative bandwagon jumping, over something that caused me a lot of confusion, fear and turmoil when I was a kid."

Jamil said that it was scary to come out as a South Asian actress in her 30's, and that Twitter was not the place she wanted to do it.

This week, Jamil has been addressing backlash surrounding her involvement in "Legendary," an upcoming HBO Max ballroom competition show.

Ballroom culture came out of New York City as black and Latino gay men and trans women created support systems for one another called houses. Houses gather at balls, safe spaces with competitions celebrating skills including fashion, dance and vogue.

"Transparent" and "Pose" actress Trace Lysette criticized the decision to hire someone who was not part of the culture.

"I interviewed for this gig. As the mother of a house for nearly a decade it's kind of kind blowing when ppl with no connection to our culture gets the gig. This is not shade towards Jameela, I love all that she stands for. If anything I question the decision makers," Lysette said on her Twitter.

"I know that my being queer doesn't qualify me as ballroom," Jamil went on to say in the post. "But I have privilege and power and a large following to bring to this show, (as does the absolutely iconic Megan Thee Stallion,) and its beautiful contestants and ballroom hosts."