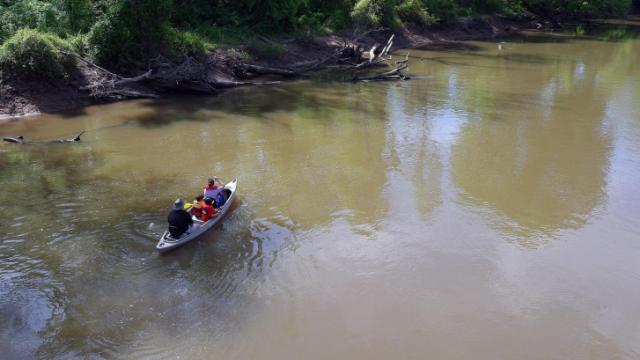 Raleigh, N.C. — When a Duke Energy executive appeared in front of North Carolina lawmakers last month to address a massive spill of coal ash in February, he wasted little time before tackling questions about just how harmful the material could be.

"Toxicity is a function of dose," Paul Newton, Duke's North Carolina president, told legislators at the meeting of the Environmental Review Commission. "It's important to remember that less than 1 percent of coal ash is made up of trace elements that could pose potential public health concerns under conditions of high exposure."

This is true, he said, whether the material is used to build roads and bridges or it coats miles of riverbed, as it did in February when a busted stormwater pipe belched 39,000 tons of the industrial byproduct into the Dan River.

"Anything can be harmful in high doses, so effective management is important," Newton said.

That's essentially how pollution regulation works in the United States. 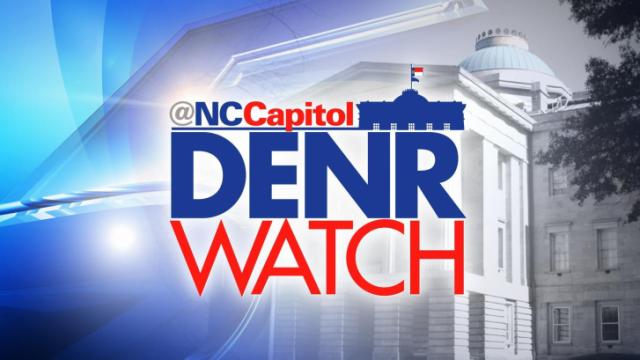 An occasional series on the evolution of the state’s role in protecting natural resources while promoting business growth.

Whether it's a nutrient in wastewater or a particulate in the air, state agencies determine how much of a substance companies, municipalities or individuals can release into the environment.

When these permitted polluters overstep those bounds or fail to follow other rules, they can face big fines.

Yet in North Carolina, these penalties have dropped dramatically over the last decade amid changes in the state's leadership and regulatory structure. A WRAL News analysis of 10 years of air and water quality penalty data shows that, after reaching a peak of almost $2.9 million in 2007, total penalties now hover around $600,000 for 2013.

Leaders at the state Department of Environmental Resources attribute the decline to both a troubled state economy and regulatory reform intended to bring polluters into compliance without harsh penalties.

But environmental advocates say the trend could mean trouble for North Carolina's air and water.

"When the level of enforcement drops, the first people to pick up violations won't be the conscientious stewards of the environment," said Ryke Longest, director of the Environmental Law and Policy Clinic at Duke University’s law school. "It will be the people who were looking over their shoulder the whole time."

Total penalties for air and water quality violations hit their highest mark in a decade in 2007, when environmental regulators levied a total of $2.87 million in fines. In five years, that number dropped by 80 percent.

Intentional pollution can be costly

Although federal rules mostly govern what types of air and water pollution are regulated, it's up to state agencies to work out the details.

That includes whether a violation rises to the level of a civil penalty, and willful violations of environmental rules can push fees to their highest levels.

That's what happened when DENR regulators slapped Solite Corp. with a $270,000 air quality violation in 2005 after finding the company knowingly submitted false reports and failed to monitor sulfur dioxide and other pollutants at its Stanly County crushed stone plant.

Division regulators said at the time that the inaccuracies meant they had no way to know whether the company was exceeding emissions limits during that period.

Another firm, Carolina Stalite, has since bought the plant in Norwood and took up regular monitoring.

"We definitely like to be good neighbors," Ernest Jackson, with the company's human resources department, said.

House of Raeford, a poultry producer with locations in North Carolina and South Carolina, had a total of $150,000 in penalties for inspection violations over the last decade.

The company appealed many of these fines, but in August 2012, a federal jury found that workers repeatedly bypassed the company's pretreatment facility, dumping untreated wastewater from a slaughtering plant into the Raeford water system in 2005 and 2006. Prosecutors from the U.S. Department of Justice said the excess waste, which included "blood, grease and body parts from slaughtered turkeys," had an "adverse impact" on the city's water treatment plant, which was tasked with ensuring the water was clean before it discharged into a nearby creek.

In a prepared statement, House of Raeford spokesperson David Witter said the company couldn't comment on specific violations because they're still contesting some of them. But he said the firm has made "significant changes" in its corporate structure over the past decade, including hiring an environmental manager to supervise training and compliance.

"Our objective is to ensure that we are meeting or exceeding state and federal permit requirements while cooperating with regulatory authorities," Witter said.

The last 10 years of air and water quality violation data from the state show those who racked up the top-10 penalty amounts varied from municipalities with water plant issues to manufacturers reporting misleading monitoring data.

DENR staffers aren't allowed to consider the violator's ability to pay when assessing costs, meaning even small actors can wind up with massive penalties.

Thomasville, a city in Davidson County with a population of about 27,000, racked up $341,000 in penalties for violations at some of its water plants over the last decade – the largest total amount in the state.

That includes about $235,000 for releasing higher-than-allowed levels of pollutants at its Hamby Creek water treatment plant. Discharges from its water collection system resulted in another $100,000 in fines.

City Manager Kelly Craver said the violations stemmed from an infrastructure that was unable to cope with major rainfall and other complications.

"It's not that someone actively turned a valve, it's just that the system can't hydrologically handle it," he said.

In the wake of the fines, Craver said the town spent $27 million to rebuild its antiquated treatment plant and has approved another $4.5 million in projects to improve the water collection system.

"For us, we're hoping all of our efforts to mitigate our problems are going to reap savings in the number of penalties we pay," Craver said.

Larger utilities can also top the list when smaller fines begin to add up.

Although Roberts said the company has spent $100 million over the last decade in improvements to water and wastewater systems, treatment plants are often affected by factors such as weather.

"Sometimes it's issues that are outside of our control or not as controllable as we'd like them to be," Roberts said.

After 2007's record high, air and water penalty totals sank by about half-million dollars the very next year. That started a downward trend that continued until 2013, when amounts largely leveled off at about $643,000.

Environmental watchdogs say it's not entirely clear why total penalties began their descent in 2008. The number of penalties, as well as their average amounts, also started dropping that year as Democratic Gov. Bev Perdue assumed control of the executive branch.

The recession may also be part of the problem, Division of Water Resources Director Tom Reeder said.

"In 2008 is when the economy started to nosedive, and we had a lot of development shut down," Reeder said.

Whether it's a new shopping mall or a new apartment complex, Longest said some of the most common violations involve building and clearing land, sometimes in environmentally sensitive areas.

With the implementation of a new three-tier enforcement program, Reeder said, the department's regulators have more latitude to work with violators to bring them into compliance before levying a penalty.

Alan Hirsch, policy director to former Gov. Mike Easley, said it's important to remember that these penalties aren't about taking a violator's money.

"The purpose of it is to ensure good behavior so that, for people who are potential polluters, it's going to cost them more for polluting than not," Hirsch said. "The whole point, just like any other penalty, is to send the message to the people involved that good behavior pays."

If fines become more a rarity, Longest said, polluting may become a more economical choice for some.

"It's very much a dollars and cents decision," Longest said.

He said regulators in his division are well-equipped to figure out whether violators are actively choosing to pollute.

"If we find out these violations are not inadvertent or are planned, then we will bring the full power of the law on them," Reeder said. "There's no doubt about it."

Number of penalties also on decline

Despite an uptick in water quality violation penalties in 2010, the number of fines levied by the state's environmental regulators has also seen a marked downturn since a high mark in 2007..

Penalties just one tool in the toolbox

For his part, Thomasville's Craver said he hasn't seen much change in DENR's enforcement since he began interacting with them as city utilities director in 2000. Although he said the $341,000 his city paid in fines would go a long way toward more infrastructure, the violations were warranted.

"I don't think they've been overzealous," Craver said. "They've been diligent to hold our feet to the fire."

"I have not seen a difference in their enforcement," Roberts said of DENR regulators. "They're diligent. They're very professional in North Carolina."

Although she said the combination of budget cutbacks and the rollback of regulations is a "worrisome sign for the future," she said the coal ash spill has raised the profile of environmental protection in the minds of the people of North Carolina.

"A clean environment has become part of what the public expects," she said. "The public gets it. When the public leads, elected officials tend to follow."

In keeping with the wishes of those elected officials – both the governor and members of the General Assembly – Reeder said it's important that DENR regulators know penalties are just one option for getting the job done.

"It's a very subjective thing: How much enforcement is the right amount?" Reeder said. "We try to do what we need to do to protect the water in North Carolina, and we have a lot of tools in our toolbox to do that."

CLARIFICATION: A previous version of this story reported that the excess waste from a House of Raeford slaughtering facility overwhelmed the city of Raeford's water treatment plant, releasing polluted water into a nearby creek. The company contends this is incorrect. The story has been clarified to reflect statements from the U.S. Department of Justice about the case.