Accused UNC football player: 'I did not rape her' 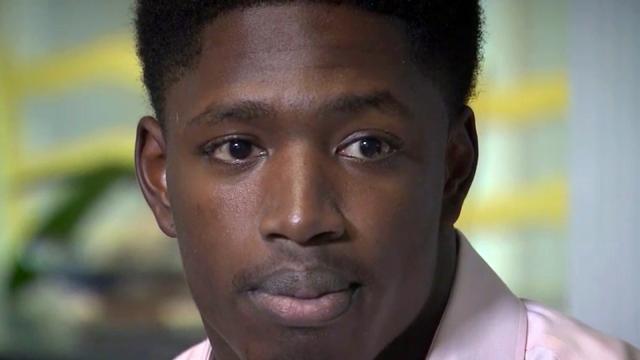 Chapel Hill, N.C. — A University of North Carolina at Chapel Hill football player was adamant Tuesday that he has been wrongly accused of sexually assaulting another student.

"I did not rape her," Allen Anthony Artis said in an interview with WRAL News.

Delaney Robinson, a 19-year-old sophomore from Apex, two weeks ago swore out warrants charging Artis with misdemeanor sexual battery and misdemeanor assault on a female. He is out on a $5,000 unsecured bond but has been suspended indefinitely from the football team.

Artis, 21, a linebacker from Marietta, Ga., said he was "surprised, hurt, and distraught" by Robinson's allegation. She said he raped her in an apartment at the Ram Village complex on Valentine's Day, and she told police she thought she had been drugged before the alleged assault.

"False accusations like that can affect my reputation," he said. "My last name, I share with everyone in my family. It’s important to me – it means something – and the people who share it, I don’t want them hurt by that."

He said telling his parents, who are both educators, and his 14-year-old brother of the charges against him was the most difficult thing he faced.

Stephanie Artis said her heart has been breaking for her son since his arrest.

"We know the truth will come out, but I think, for me, it was knowing what this was doing to his reputation and his little brother," she said. "I know that’s what he was worried about, and you can’t put that into words.

Robinson said she obtained warrants in the case herself because she was frustrated by the lack of action from UNC administrators and the criminal justice system.

Allen Artis said he has cooperated with police throughout the investigation and was stunned when Robinson and her attorney stated during a news conference that they had charges filed against him.

"It’s been a long process," he said. "It’s been hard, but I guess I’d rather have it be thorough and done correctly than fast."

"We waited patiently because we believed in the process, that the truth would come out," Stephanie Artis added. "This wasn’t on my radar that this would happen because there’s a process to follow."

"I'm not saying she's lying. I'm saying we have facts that support that what happened that night was completely consensual," Sutton said. "In every one of these cases we work on, both sides completely believe what it is that they believe."

"Any purported and inherently unreliable polygraph test does not alter the fact that my client never consented to have sex with Allen Artis," Denise Branch said.

Allen Artis remains in school, where he majors in economics and management and is set to graduate in May.

"Obviously, it’s been a bit of a struggle," he said. "I have a bunch of support – my family, parents, teammates, people on campus – so I’m taking it day by day."