Accused of killing his dad, Durham teen now looking to kick his grandma out of her home

Durham, N.C. — A Durham teen awaiting trial in the death of his wealthy father two years ago appears to be trying to evict his grandmother from her Florida home, a lawyer said Thursday.

Bill Bishop, 59, a prominent developer in the Tampa area, was found unconscious in his Durham mansion on Dover Road on April 18, 2018. He died in a local hospital two days later.

An autopsy report states "ligature strangulation" as the cause of death, noting that led to a heart attack that deprived Bishop's brain of oxygen.

His son, Alexander Bishop, who was 16 at the time, was arrested in February and charged with murder in the case. He is free on a $250,000 unsecured bond. 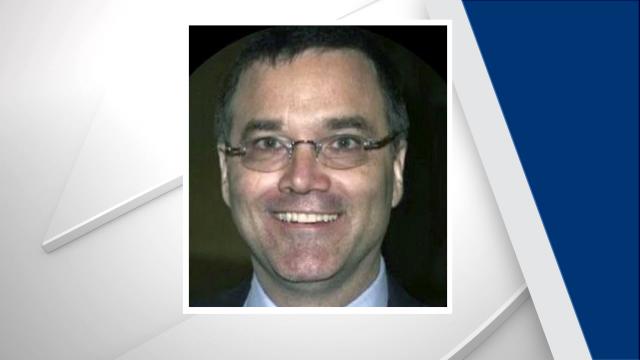 The teen said he found his father unconscious in the theater room of the family home near Hope Valley Country Club with a dog leash wrapped around his neck and the dog still on the leash, according to records in the case. The leash wasn't on Bill Bishop when paramedics arrived at the house.

"My client is 17 years old now, your honor. He was kicked out of school, as your honor knows, as the result of this investigation. His life has been put on hold," defense attorney Allyn Sharp told Superior Court Judge Orlando Hudson.

Sharp also filed motions to suppress Alexander Bishop's statements to authorities and the search warrants police obtained in the case.

The teen told first responders who responded to the 911 call about Bill Bishop last year that his father emotionally abused him and that he wouldn't be upset if he died, according to court documents.

Police previously searched the laptop computer that Durham Academy had assigned to Alexander Bishop and also found suspicious information on the teen's cellphone, such as searches for calculating the value of an estate, transferring bank accounts after a death and the prices of gold, according to court documents.

"One of the issues here is, can the police department just continue to go get search warrants, seize Mr. Bishop's and his family’s cellphones, work computer, school computers?" Sharp asked. "How long are we going to let that continue before we address that issue before the court with a suppression hearing?"

Sharp wants the devices returned, and she also filed a motion "to view and photograph the neck structure" of Bill Bishop, which remains with the Office of the Chief Medical Examiner, so a defense expert can examine it.

Hudson said all of the motions would be heard on Sept. 9.

Meanwhile, on the civil side of the case, Alexander Bishop and his brother, Jefferson Bishop, are the beneficiaries of Bill Bishop's estate, and have asked their 88-year-old grandmother to sign an agreement to stay in her Tampa-area home.

Bill Bishop bought the home for Mildred Bishop some 30 years ago, but his two sons included a provision in the agreement giving them the right to evict her without cause if they provide 120 days' notice.

"Given this demand that she accept a provision that she could be evicted within 120 days for no cause, she doesn’t trust the boys," said Gary Jackson, a local attorney representing Mildred Bishop. "It was Bill Bishop’s intention that his mother stay in that house for as long as she lived. This sort of callous approach by the estate, the boys, defies his intention, and it seems to be for no purpose."

Bill Bishop's estate is worth more than $5 million, while Mildred Bishop's house is worth less than $300,000, Jackson said.

Estate attorney Bob Idol had told Jackson that, if Mildred Bishop doesn’t sign the agreement, Alexander and Jefferson Bishop will evict her immediately.

"I would think that they would accommodate her, but they haven’t," Jackson said. "They may have a legal right to [evict her]. I don’t know Florida law. I don’t know whether they will. But I think decency and morality and ethics would make them pause before they took that step."