About the series: Presumption of Fear 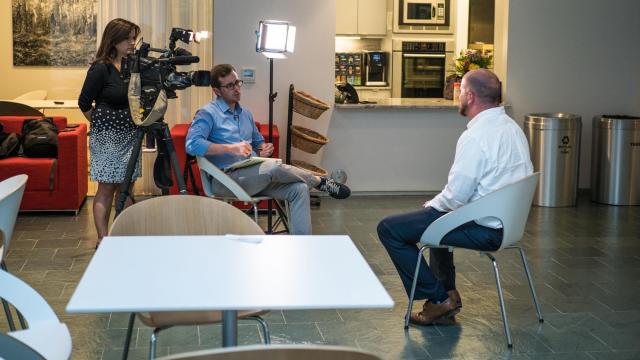 WRAL reporters Tyler Dukes and Mandy Mitchell began exploring the case of Christian Griggs and the Rev. Pat Chisenhall in the spring of 2018 and it quickly became apparent that the story was too important and too complicated to be told in a traditional format.

At its core, it is a story about a civil lawsuit – a wrongful death suit filed against Chisenhall by Griggs’ parents. But the lawsuit and the incident – Chisenhall shot Griggs to death on a Saturday morning in 2013, saying Griggs was breaking into his house – raise numerous questions, all of which deserve answers:

In search of answers, Dukes and Mitchell conducted dozens of interviews and had interview requests turned down by more than a dozen people. The story's findings were also shared with all of its subjects prior to publication – even those who did not agree to speak with WRAL.

The two reporters scoured hundreds of pages of documents, most of which you can view by clicking on the links attached to the stories. They traveled repeatedly to Angier and Harnett County, often accompanied by Raleigh freelance photographer Suzie Wolf.

They argued with the Sheriff’s Office and the District Attorney’s Office over access to records from the investigation, which was concluded in early 2014. A Harnett County judge imposed a gag order on records in the wrongful death lawsuit, which both sheriff and prosecutor cited as the reason they could not release details from their investigative file.

An attorney for WRAL filed a motion with the court asking to have that gag order lifted and the records released. The court refused, saying basically that WRAL should have asked for the records sooner.

Those records should become public and may provide some answers when the case goes to trial on Dec. 4. WRAL plans to cover the trial from start to finish, and will stream the trial online if possible.

Dukes, WRAL.com’s investigative reporter, is an expert on public records and data journalism. He has been with WRAL since 2013 and has been an adjunct instructor of journalism at Duke University and the University of North Carolina. He completed a Nieman Fellowship at Harvard University in 2016-2017.

Mitchell, WRAL’s enterprise reporter, has been with the station since 2011. She won an Edward R. Murrow Award for sports reporting in 2014 and an Emmy Award in 2015. She shifted from sports to news in 2017.