About that 'record' turnout 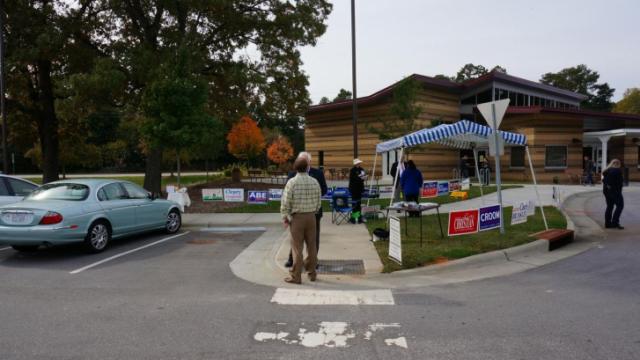 Raleigh, N.C. — As election night wore on Tuesday, North Carolina's State Board of Elections sent out a news release heralding "record" voter participation for a midterm.

With virtually all of the votes counted, 2.9 million voters cast ballots during early voting or on Election Day. In 2010, turnout was 2.7 million voters.

Elections Director Kim Strach said she was pleased that voters made "such a strong statement for the democratic process, increasing early participation by over 20 percent and besting the state’s prior midterm record."

That number could use some perspective, though.

There are 6.6 million registered voters in the state, which means 2.9 million votes casts is 44 percent turnout. That means that, after a race that cost a minimum of $111 million, more than half of those eligible to vote sat on their hands.

Forty-four percent is the same percentage of voters who turned out in 2010 when Republican U.S. Sen. Richard Burr was on his way to a blowout victory over Democratic Secretary of State Elaine Marshall.

So yes, it is a record in terms of raw numbers. But in terms of percentage participation, Tuesday night was pretty middling.

Source: N.C. State Board of Elections