Abandoned shipwreck: Eerie vessel sinking in sand along NC beach to be removed 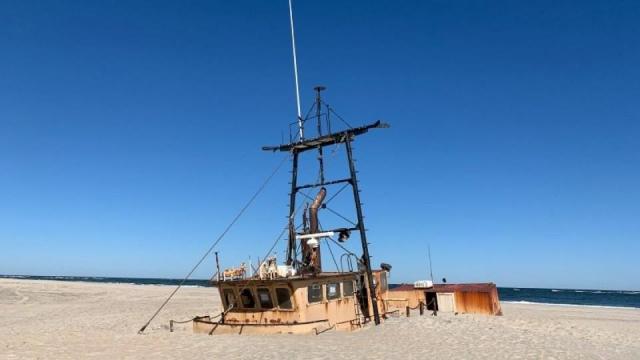 Manteo, N.C. — An abandoned vessel that has been attracting explorers and photographers since it first ran aground over a year ago will finally be removed – with the process starting just in time for Halloween.

Originally most of the former scallop boat, named the Ocean Pursuit and Cameron Scott, was visible along the shoreline. However, after being left to rust, it has been slowly sinking in sand along the beach south of Cape Hatteras National Seashore's Oregon Inlet Campground. Now, more than half of it is buried.

The haunting 72-foot-long shipwreck became a popular lure for tourists after it ran aground in March 2020. The crew was rescued by the U.S. Coast Guard.

The National Park Service has been warning people to stay away. Exploring the vessel is dangerous, they warned, due to the unstable sand shifting beneath it. Furthermore, although the wrecked vessel is visible during low-tide, it becomes completely surrounded by the ocean during high-tide. 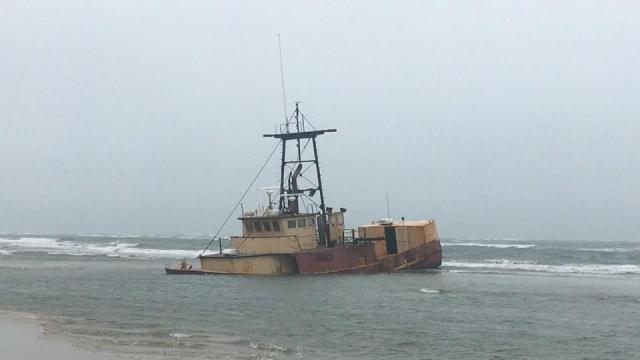 Officials must remove the vessel before it disappears beneath the sand.

The removal project, expected to cost around $295,000, is expected to begin on October 25 and take roughly a month to complete.

The National Park Service has made unsuccessful attempts to have the owner claim and remove the vessel.

Cape Dredging, Inc. says the project will include:

“The National Park Service is continuing our attempts to recover costs associated with the removal of the derelict vessel from its registered owner,” said David Hallac, superintendent, National Parks of Eastern North Carolina. “This process has taken longer than expected, so Cape Hatteras National Seashore determined it was necessary to use a combination of fund sources to remove the vessel before it potentially becomes more expensive to remove later and to minimize impacts to the natural environment."

Areas around the vessel will be marked as a construction zone, and officials warn all visitors to remain clear of the area. Officials do not expect there to be any major impact to the recreational beach areas.