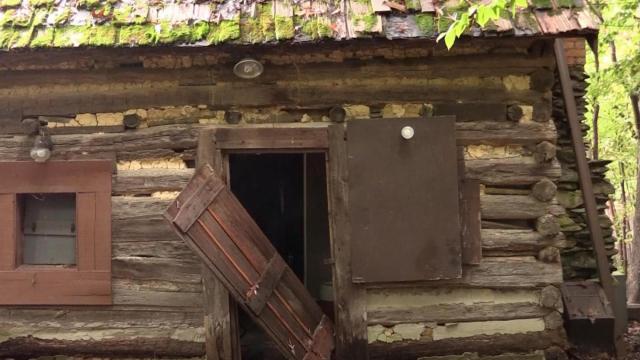 Snow Camp, N.C. — The remnants of a small colonial community, built roughly 270 years ago, before the Revolutionary War, can be found crumbling and rusting on a country road and covered bridge in Alamance County.

Small wooden houses, a historic post office, a museum and even an old school house are now ramshackle – and some are collapsing. The school even has old desks still inside. 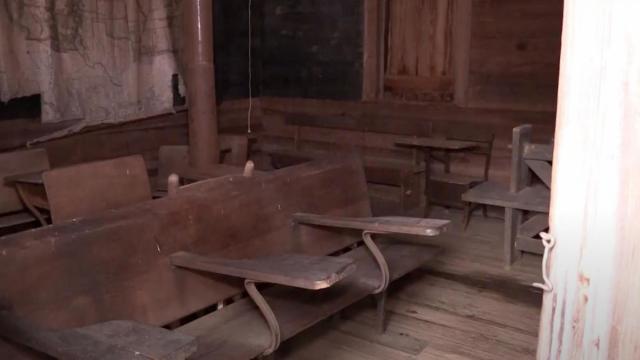 While most colonial homesteads and communities have been completely wiped away, Snow Camp had stood for centuries – in part due to its historic connection with the Underground Railroad.

However, today the physical remnants of that history are slowly disintegrating. 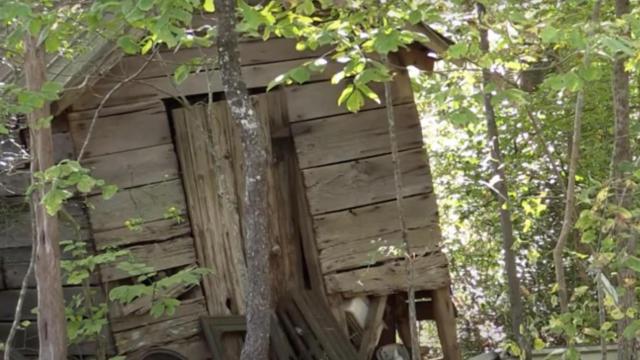 Lost history from the Underground Railroad and Quaker community

Snow Camp Museum and historic site, like many other places in this area of Alamance County, has shut down. The current owner's father once collected damaged historic structures from around the county and moved them here, where they could be cared for and viewed by the public.

However, caring for buildings nearly three centuries old can be difficult – and expensive. The site has been closed for about a year, with the pandemic economy threatening to leave this colonial settlement weathered and abandoned.

The theater, which now has tall grasses growing up between the stadium seating, once put on live shows and told tales of Snow Camp's role in the Revolutionary and Civil War.

"I think it's sad because it's a piece of history that a lot of people don't know anything about," said Peggy Zachary, a generational member of the Zachary family who has spent generations in this area.

Zachary is worried that the incredible historic work done in the1800s will be forgotten. 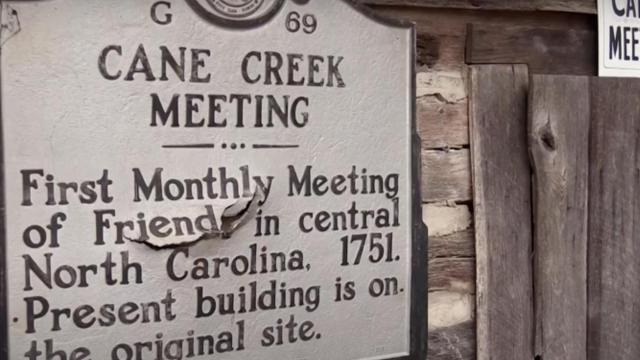 This site was a stop on the Underground Railroad – a place where people escaping slavery could find refuge and aid with the abolitionist Quaker community who lived here.

Many remnants of the Underground Railroad have vanished with the centuries – with Snow Camp being one of the few remaining tangible pieces remaining.

"Once they got into these 'anti-slavery' and 'free black' communities, they just disappeared," said Dr. Max Carter, an Underground Railroad Historian and former professor at Guilford College. 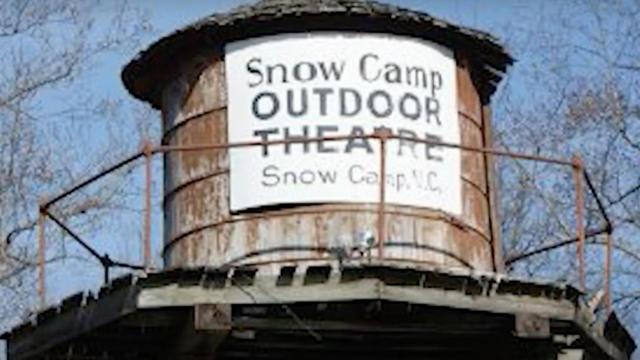 Many Quakers like the Zachary family taught escapees how to read the Bible, and gave them instructions for how to get north. They'd also teach them laws, to help them become aware of their own rights. Finally, they'd show them how to read maps to help them escape.

"It was dangerous work. Some people lost their lives. And if you're a Quaker, you can't fight back," he said.

Regardless of the rich history, the site has been abandoned. The owner closed it several years ago. Today, many fear the moldy walls and rusted beams indicate the history will not be preserved. 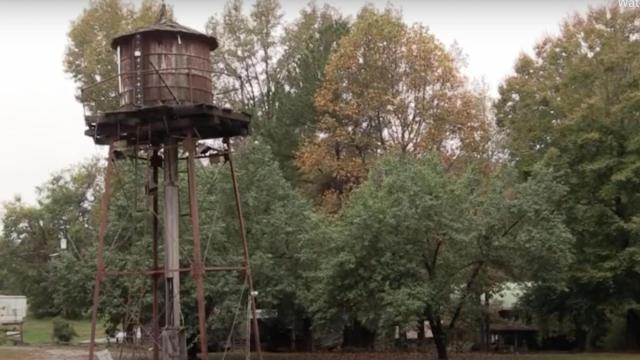 Secret messages from the Underground Railroad

The Underground Railroad used many symbols and songs to pass secret messages to men and women escaping slavery. Songs like, "Swing Lo, Sweet Chariot" meant a conductor was coming.

Scattering black-eyed peas along a river meant, "It's not safe to travel. Eyes are watching."

Quaker abolitionists might also utilize specific thread colors in their clothes to give messages to people escaping slavery. Simply wearing a certain dress outside could give a message to someone hiding in the woods nearby.

Sadly, historic preservation comes with a cost. Although these centuries-old buildings are gathered into a protected area, it doesn't mean they can't fall apart. The current owner says donations are greatly needed to help fix up and preserve the collapsing structures.

They need donations and community support to keep this piece of history alive. Their website and an Snow Camp Donations.

Financial struggles from lack of visitors, damage to old structures – and now, the final nail in the coffin, the pandemic – mean that someday soon this could easily become another piece of lost history, overgrown and unrecognizable on the roadside.

"Sooner or later, our kids are not going to even know what happened in the past," said Zachary.

Exploring the remains of the colonial Quaker settlement on Facebook Live

WRAL's Hidden Historian explored the remains of this colonial Quaker settlement, taking viewers for a live look inside the historic school, church and overgrown theater.

Today, the Hidden Historian will be joined by a college student who first submitted this story idea and who helped write the story – Natasha Laguer, who also works as a production assistant at WRAL.

Laguer helped put this segment together, and also created this video for viewers: