AAA: Traffic fatalities down in NC, but trouble spots remain 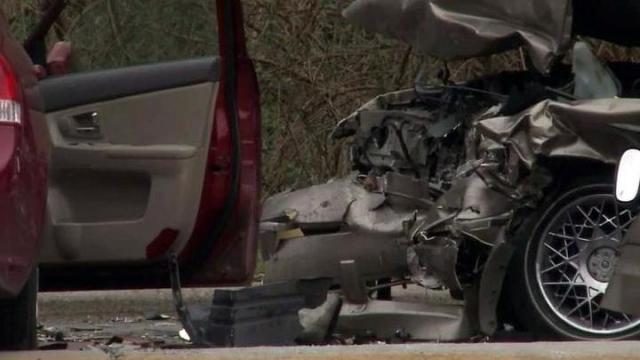 Raleigh, N.C. — Three people were killed every day, on average, in a traffic crash in North Carolina in 2013, AAA Carolinas reported Friday.

"We are making progress in reducing traffic deaths in North Carolina, and that is a plus for every motorist, but we need to pay more attention to the traffic death hot spots like Graham County, one of the most dangerous counties in the nation for motorcycle crashes," David Parsons, president and chief executive of AAA Carolinas, said in a statement.

Located on the Tennessee border, Graham County is home to "the tail of the dragon," a scenic road of 11 miles and 318 curves that is a popular – but dangerous – drive for motorcyclists. The county had 180 vehicle crashes and four deaths last year, despite accounting for less than 0.1 percent of total miles traveled in the state, according to AAA.

Still, rural Tyrrell County was the most dangerous county for pedestrian collisions, with 86 crashes with injuries in 2013.

"Rural counties usually have narrower roads with inadequate lighting, and fading or non-existent road markings," Parsons said. "Driving mistakes that may be recoverable on city roads can be deadly on rural roads."

The counties with the highest chance of being involved in any kind of a collision were Pitt, New Hanover, Vance, Person and Stanly, according to AAA. Pitt County averages 318 crashes per 100 million vehicle-miles traveled.

Polk County was ranked as the safest county for not being in a collision, and Pasquotank County offered the best chance of not being in a fatal crash in 2013, AAA said.