A Walk Through Rock History 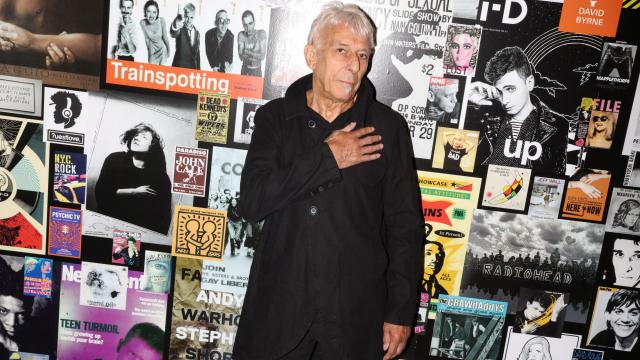 NEW YORK — John Cale didn’t spend very long in the Velvet Underground. Four years after he co-founded the band in 1964, Lou Reed unceremoniously kicked him out.

“It was undisciplined art,” he said while surveying “The Velvet Underground Experience,” an exhibition about the famously influential rock group that opened Wednesday at 718 Broadway. “It was very energetic and frivolous and enjoyable.”

The two-story, 12,000-square-foot exhibition is finally arriving in the band’s hometown, mere blocks from the group’s original Lower East Side rehearsal space, after transferring from Paris, where it was seen by 65,000 visitors, according to organizers. Like the band, it’s unruly, with blaring concert footage competing for attention with pornographic videos and kaleidoscopic posters. Black-and-white footage flashes across dozens of screens; solemn voice-overs are nearly drowned out by throbbing live-concert audio amid towering visual homages to filmmakers, painters and classical composers.

Over the weekend, Cale, the only surviving member of the group’s original lineup, walked through the still-unfinished exhibition, stopping in front of displays that triggered recollections of the whirlwind era: “There are a flood of memories.”

While much of the show focuses on New York, it begins with the troubled childhoods of its founding members Reed, who grew up in Long Island, and Cale, who spent his early years in Wales. In the gallery, Cale laughed and winced at an image of a slicked-hair teenage version of himself playing piano in a jazz band. He said he experienced a musical breakthrough when the BBC lost his sheet music right before he was about to be filmed playing in a piano composition: “I was terrified,” he said. “But what happened is the scary side of it really made things happen. It felt really good.”

Black-and-white photos by Village Voice photographer Fred McDarrah cover one wall, capturing the fury of Vietnam War protests and the daring experimentalism of avant-garde creative spaces like La MaMa and the Filmmakers’ Cinematheque. It was within this fertile creative space that Cale and Reed met and started playing music together, developing sonically dissonant and lyrically raw songs like “Heroin” and “I’m Waiting for the Man.” (“He was in kind of a fragile state,” Cale said of the teenage Reed.) Cale marveled at the frenetic scenes, taking an extra beat to examine a photo of Marlon Brando and James Baldwin shaking hands.

“The portraits on the wall are portraits of a kind of a cultural revolution, where all these people that weren’t artists were saying that were now artists — and there’s nothing you could say about it,” Cale said. “Everybody had an 8 mm or 16 mm camera: They would shoot one night and show it the next night up on a bedsheet.”

— Searching for the Truly Bizarre

A flag reading “Café Bizarre” in ghostly letters hangs overhead in a corner of the exhibition — a replica of the one that flew over the dingy Greenwich Village tourist trap, one of the band’s first performance spaces. Cale remembered it fondly: “It was a really good floor for blasting music.”

But the audience there was less enthusiastic. Photos show a visibly nervous crowd watching Cale, Reed, drummer Maureen Tucker and guitarist Sterling Morrison scowling in all black. Cale said that people walked out and the owner threatened to fire the band if it played the morbid “Black Angel’s Death Song” one more time. Of course, it did. “A little bit louder, maybe,” Cale said of the encore performance. “We were very obstinate.”

Despite the negative reception, the band caught the attention of Andy Warhol, who became their manager and injected the group and its menacing aesthetic into his confrontational multimedia events. “We spoke to something that was visceral and internal, which was heroin and drugs and people hurting themselves,” Cale said. “Andy, when he saw this, realized that Café Bizarre was the wrong place.”

In 1965, Warhol added German singer and model Nico to the group and took them on the road for a series of freewheeling performances titled “The Exploding Plastic Inevitable.” Cale laughed upon seeing a photo of Nico driving the band in a banged up Winnebago. “She was pretty good — no tickets,” he said of the chanteuse’s driving.

Their destination was a “pop wedding” in Michigan in which the Velvet Underground wailed away and Warhol gave away the bride. “It was chaos,” Cale said. “Warhol was sitting at the edge of the stage handing out slices of chocolate cake. Jimmy Page got onstage holding a violin bow.”

After Cale left the band, he embarked on a fruitful solo career of songwriting and production; he is recording an album slated for release in 2019. He says the New York of today feels like a shadow of the one that drove the Velvet Underground’s music. “It’s a little alien; it’s like I’m looking at a replica,” he said. “I didn’t mind the grime so much in the ‘60s. It was really fodder. It pushed us in one direction to really get something done.”

A brightly colored wall downstairs at the exhibition pays tribute to many of the Velvet Underground’s New York inheritors — including Blondie, LCD Soundsystem and the Strokes — but Cale is more interested in talking about a Southern subculture that reminds him of his past.

“Some of these guys out of Atlanta, you can’t really quite understand their lyrics, but it really doesn’t matter,” he said of the titanic rap scene that has birthed some of the genre’s biggest stars, from Young Thug to Migos. “If I can use out-of-tune stuff, they don’t need words to make sense. There’s definitely a lineage.”