A sports reporter tried to call and text her husband before a fatal plane crash. He never got the chance to answer 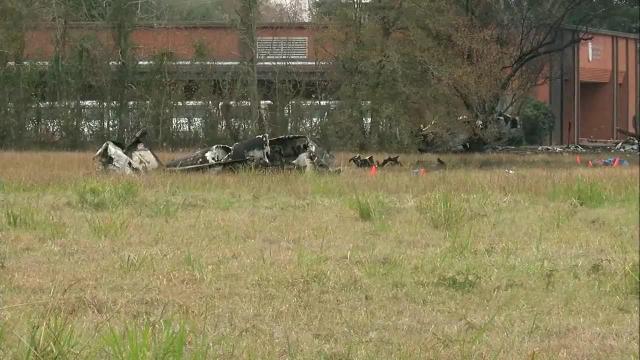 The husband of a sports reporter killed in a Louisiana plane crash Saturday says his wife tried to reach him before the crash but he was never able to answer, Sports Illustrated reports.

Steven Ensminger, Jr., the husband of sports journalist Carley McCord and son of LSU offensive coordinator Steve Ensminger, spoke with a Sports Illustrated reporter over text following the death of his wife in the crash that killed four others and left one person in critical condition.

Ensminger told Sports Illustrated that he missed a call and a text from McCord the morning of the crash. "I don't have my phone and she sends me a message saying she loved me," he told Sports Illustrated. "It is by far the most pain, angst and terror and just darkest time of my life and I honestly don't know how long it will last because I still don't believe it. I don't want to believe it."

No distress call was made by the plane before the crash, Bruce Landsberg, Vice Chairman of the National Transportation Safety Board said during a Sunday press briefing.

The plane took off and reached 900 feet before it started a "left descending turn," Landsberg said. Air traffic control issued a low altitude alert when the plane reached 700 feet, according to Landsberg.

'She was my everything'

McCord was a sports reporter with WDSU television in New Orleans. She served as in-game host for the New Orleans Saints and the New Orleans Pelicans. The teams remembered McCord's "infectious personality" in a joint statement.

The grieving husband also said that his father called him an hour before the game between LSU and Oklahoma at the Atlanta Peach Bowl Saturday after the crash to give his support.

"The one voice that got on the phone with me that was clear and strong and supportive and confident while I was laying in that bed was my dad right before he walked out for warm-ups," Ensminger wrote in text messages to Sports Illustrated. "I could barely speak. I couldn't hold myself together and he said, 'Son, you will get through this, it's what we do. We face the darkest times in our lives and it's what we do, we get through it. And I will take care of you and I'll be there for you to keep you strong. You're my one and only son, and my namesake and I love you and I can promise you we will get through this.'"

Ensminger also told Sports Illustrated he had planned to drive his wife to Atlanta for the game, but he couldn't get off work. He is a chemical operator at a nitrogen facility on the Mississippi River in Louisiana.

Ensminger spoke with CNN on Sunday over text about his loss. "I can't come up with words. She was my everything. She loved so fiercely," he wrote in the text. "It's so hard and it hurts too much. I just want her here with me. That's all I want. She is and will forever be my world!"