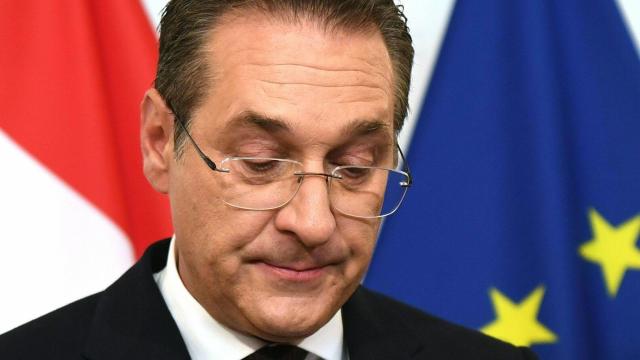 CNN — Sebastian Kurz's Austrian People's Party came first in the country's general election on Sunday, winning in every federal state except the capital Vienna, according to the Austrian Interior Ministry.

The vote also marked significant losses for the far-right Freedom Party, which lost around third of its seats.

Kurz and his right-wing coalition government lost a vote of no-confidence in May, following a corruption scandal prompted by a secretly-filmed video.

According to the ministry's preliminary results, the People's Party (ÖVP) secured 38.4% of the vote, a gain of almost seven percentage points compared to the last election in 2017.

The far-right Freedom Party of Austria (FPÖ) finished third with 17.3%. This result came as a disappointment to its supporters, with the party losing nine percentage points since 2017.

The Greens on the other hand gained almost nine points since the last election, securing 12.4% of the vote.

"As in many other countries, the traditional center-left and center-right mainstream parties have lost much of their traditional appeal in Austria," Holger Schmieding, the chief economist at Berenberg Bank, wrote in an analyst note.

"The charismatic Kurz owes his victory largely to his own political skills rather than his ÖVP party," Schmieding added.

ÖVP leader Kurz will now hold coalition talks, which will likely take several weeks. Tying up with the Greens, the SPÖ or the FPÖ would give him enough seats in the parliament.

Kurz, who at 33 is one of the world's youngest leaders, was the first Austrian Chancellor since World War II to be defeated by a motion of no confidence.

The vote was triggered after Kurz's government became embroiled in a political crisis over an undercover recording. The secretly filmed video showed Vice Chancellor Heinz-Christian Strache -- of the Freedom Party -- appearing to offer state contracts to a woman falsely claiming to be the niece of a Russian oligarch.

Strache resigned after the tape was revealed by Germany's Der Spiegel news magazine and Süddeutsche Zeitung daily newspaper. Filmed in Ibiza two years ago, it was not known who recorded the video or set up the meeting. Strache denied any wrongdoing but apologized to "everyone I have disappointed with my behavior."

The scandal was the biggest crisis Austria's governing coalition faced since forming in 2017. Kurz's party was quick to distance itself from its coalition partners.

Kurz is likely to return as Chancellor but he will have to decide whether to once again form a coalition with the far-right or turn to the left.

Elected to the chancellorship in 2017, Kurz shrewdly turned one of Europe's biggest crises -- the refugee influx of 2015 -- into a vote-winner at the ballot box.

Kurz arrived in power just as Chancellor Angela Merkel's grip in neighboring Germany appeared to be weakening. He seemed keen to dismantle at least some of her welcoming approach to migrants and take the continent down a more hardline path, despite insisting regularly on his support for the European project.

His party was the driving force behind a law banning full-face Muslim veils in public spaces in 2017.