A New Editor, and a New Start, for Troubled Billboard Magazine 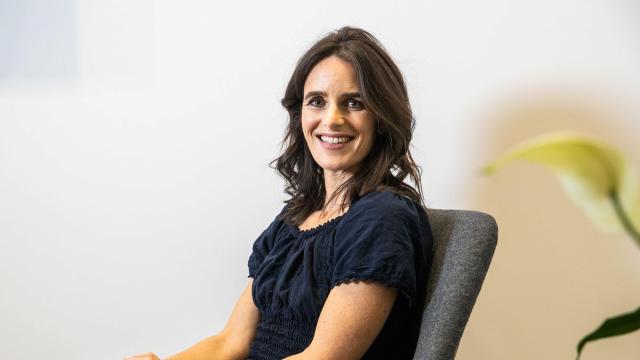 One of the biggest jobs in music journalism sat vacant for 2-1/2 years. Now Billboard magazine has finally found its new top editor: Hannah Karp, a former reporter at The Wall Street Journal who joined Billboard as its news director last year.

Karp, 38, will assume the role of editorial director in the wake of a troubled time at the publication, which was started in 1894 to cover the outdoor advertising industry.

In July, John Amato resigned as chief executive of Hollywood Reporter-Billboard Media Group during an internal review initiated by its parent company, Valence Media. The inquiry was spurred by a report in The Daily Beast that said Amato had interfered with decisions regarding articles about Charlie Walk, a prominent record executive and longtime friend who had been accused of sexual misconduct.

Walk, who denied the allegations against him at the time they were made, was subsequently fired by his label, Republic Group.

In interviews with The New York Times after Amato’s resignation, five current or former Billboard employees described an environment in which corporate meddling in editorial decisions was not limited to the coverage of Walk.

Now Karp has a chance to set things right at the leading trade music publication.

“As a journalist, I’m really excited to lead a really amazing team of people and expand and deepen our coverage of the music business itself, which is going through such an exciting and fascinating transformation,” Karp said.

Deanna Brown, managing director at Valence Media, said the company had consulted over several months with the Poynter Institute, which teaches journalistic ethics and practices, on how to reinstate a healthy relationship between Billboard’s business and editorial divisions.

“I think the culture has changed,” Brown said. “We’re going back to basics.”

By promoting Karp, Brown said, the company is reinforcing its commitment to disinterested news coverage.

“I wouldn’t do this without knowing that we would have full editorial independence,” Karp said. “I feel confident that we will have that.”

She said she planned to expand international coverage and focus on technology, investments and the music industry’s legal landscape.

“Music is a product that touches nearly everyone on the planet, and everyone should know how it gets made behind the scenes,” she said.

Modi Wiczyk, a co-chief executive of Valence Media, said Karp was the right person for the job.

“Hannah has an exemplary history as a journalist, and particularly in music,” Wiczyk said. “She is respected throughout our hallways and our industry. We know that she will relentlessly pursue integrity — in our journalism, in our charts, in our corporate culture and in our interactions with our industry constituents.”

Although Billboard’s charts remain the go-to measurement of success in the industry, their status has been challenged by the reams of data coming out of Spotify, Shazam and YouTube.

“It’s a challenging business right now, and there’s no question about that,” Karp said. “But I guess I’m focused on creating the best content that we can and pushing news to the forefront and focusing on our coverage and our analysis, and I feel like the rest will follow.”