A #MeToo Story in Britain Prompts Debate Over Privacy Laws 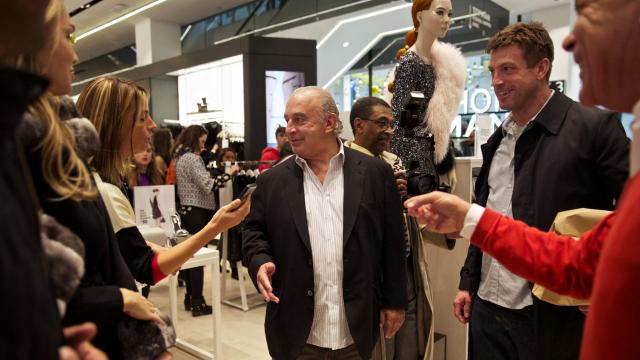 LONDON — A debate over press freedom, the right to privacy and the validity of nondisclosure agreements has erupted in Britain in recent days after a court upheld an injunction barring The Daily Telegraph from publishing accusations of misconduct against a British businessman, Sir Philip Green.

The court on Tuesday ordered a speedy trial to determine whether the nondisclosure agreements involved could be broken and said The Telegraph would have to hold off until then. The next day the newspaper ran a front-page story with the headline “The British #MeToo Scandal Which Cannot Be Revealed.”

On Thursday, Peter Hain, a member of the House of Lords, revealed the subject of the accusations as Green, putting his name into the public domain. Here are some questions raised by discussion of the case this week.

Why did a court prevent The Daily Telegraph from publishing the accusations?

Green sought an injunction against The Telegraph in July, after it approached him about the accusations. He said it could not publish the information because it was obtained in a breach of confidence, given that the accusers had signed nondisclosure agreements.

Not all the people who had made accusations against Green wanted their complaints to be published — two said they supported the injunction.

The Telegraph is not party to any of the nondisclosure agreements, but may still bound by them because some information it received may have been given in breach of the agreements. This has prompted critics of Britain’s strict privacy laws to accuse the judiciary of gagging the press.

“I was flabbergasted by the judgment of the Court of Appeal that silence has been legitimately bought — as if abuse, control and illegal working practices can be played with like Monopoly money,” British lawmaker Jess Phillips wrote in The Telegraph.

What is a nondisclosure agreement?

It is an agreement between two parties not to make information public and is often made before information is shared in commercial situations. For example, two companies considering a merger will want to do some due diligence on each other, but may sign an agreement to prevent either party from using sensitive information or sharing it with other companies.

The agreements, known as NDAs, are also employed in the United States, where President Donald Trump’s use of them has attracted particular scrutiny.

NDAs are also used by people who may not want a disagreement or an episode of misconduct to be associated with them. But critics say in such cases, they are often a tool to silence victims. The Law Society for England and Wales warned this year against the use of nondisclosure agreements to cover up misconduct.

“There’s a growing sense of unease really that the terms of confidentiality agreements and NDAs, that originated in the commercial sphere to protect commercial secrets, have been imported into what is often an asymmetric employer-employee relationship,” said Jonathan Bellamy, a lawyer specializing in commercial law.

Prime Minister Theresa May said Wednesday that the government would look into improving regulations around nondisclosure agreements, to make it clear to employees when they can be enforced. “Nondisclosure agreements cannot stop people from whistleblowing, but it is clear that some employers are using them unethically,” she said.

Should Philip Green have been outed in Parliament?

Hain, as a member of the House of Lords, has something called parliamentary privilege, which protects him from being prosecuted over what he says in Parliament. The privilege is intended to allow lawmakers to operate freely, without external interference.

Some, including Phillips, have supported Hain’s defiance of the court, but some have questioned whether it was his place to reveal who was accused of misconduct.

“It’s not good when somebody who is one part of the constitution ignores the role of the courts,” said Lord Edward Garnier, a former solicitor general and a barrister specializing in privacy law. “Why don’t we have Peter Hain deciding whether you and I are guilty of burglary without looking at the evidence?”

“In undermining the court process, he’s abusing his privilege and is guilty of a gross error of judgment,” Garnier added.