A Look at the Most Dangerous Places for Children in 2017 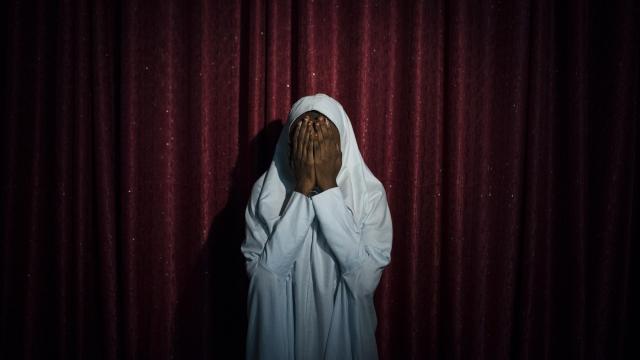 In wars around the globe, thousands of children were front-line targets, used as human shields and recruited to fight this year on “a shocking scale,” UNICEF said Thursday. The U.N. agency warned against normalizing the brutality, a sentiment it has echoed in reports year after year.

New York Times correspondents have followed the plight of children caught up in war, as well as those suffering from the fallout of these conflicts.

At least 700 children were killed in the first nine months of the year in Afghanistan, UNICEF said. As violence in civilian populated areas of the country intensified, children were often caught in the crossfire.

After an explosion at a playground killed five children, The Times reported on how “indiscriminate improvised explosive devices” were the biggest cause of casualties among children in Afghanistan.

Fighting flared anew in the Central African Republic, forcing more than 150,000 people from their homes, the most since conflict in the country peaked three years ago. Children have been killed, raped, abducted or recruited by armed groups, UNICEF said.

Separately, Ugandan troops, on a mission to catch Joseph Kony, the leader of the notorious Lord’s Resistance Army, are facing accusations of rape, sexual slavery and exploitation of young girls.

Conflict in the Kasai region of central Congo began in mid-2016, after the government refused to recognize the appointment of a new traditional chief. UNICEF estimates the fighting that has erupted since that time has forced 850,000 children to flee their homes.

Several hundred children were killed in combat or held hostage by armed groups as human shields, a U.N. agency reported this year. More than 600 schools have been attacked, and hundreds of thousands of children are at risk of starvation because farmers have missed two planting seasons in a row, according to aid groups.

The fighting also has a political backdrop: Among President Joseph Kabila’s strongest foes is Moise Katumbi, a businessman from Kasai who has made no secret of his presidential ambitions. Kabila’s second term as president of Congo expired at the end of 2016, but his government has twice punted the presidential poll, now scheduled for 2018.

The story of the Chibok schoolgirls abducted by Boko Haram in 2014 ricocheted around the world. Some were freed in a prisoner swap, but the group’s atrocities against children did not end with the release, and the victims embarked on a slow process of healing.

In northeast Nigeria and Cameroon, Boko Haram forced at least 135 children to act as suicide bombers this year, UNICEF said.

Times correspondents analyzed reports, which surfaced in March, that claimed scores of civilians — many of them children — had been killed by U.S. airstrikes in Mosul, Iraq. A U.S.-led coalition had been fighting to take back Iraq’s second-largest city from Islamic State fighters.

After the Iraqi government declared victory over the Islamic State in Mosul in July, a photographer for The Times came across abandoned and traumatized children suspected of being used as human shields by ISIS fighters. Many of them had lost their families in the violence and were taken to camps for the displaced.

As the Syrian civil war entered its sixth year in March, UNICEF announced that 2016 had been the worst year for Syrian children, reporting that at least 652 died as a result of bombardment and violence.

Children growing up in areas controlled by Islamic State militants have been exposed to astonishing levels of brutality. Times correspondents visited Syrian families in Beirut who described the violence their children had witnessed while trying to flee from the extremist group and how they risked being recruited by their fighters.

Almost 60 percent of the more than half a million Rohingya people violently driven out of their homes in Myanmar’s Rakhine state are children, UNICEF said. Many were separated from their families or fled on their own after being attacked or having witnessed brutal violence.

A Times correspondent visited a refugee camp in Bangladesh near the border with Myanmar, where Rohingya refugees recounted the atrocities committed by Myanmar government soldiers.

One woman described how they had snatched her baby from her arms and threw him into a fire before raping her. Other survivors recalled seeing government soldiers stabbing babies, gang-raping girls and beheading young boys.

South Sudan, one of the world’s youngest countries, is mired in conflict. What began as a feud between the country’s two top politicians erupted four years ago into an outright war, often fought along ethnic lines. It is ripping the country apart.

The conflict has displaced 4 million South Sudanese — roughly one-third of the country’s population. More than half are children.

Rise in Child Recruitment in Somalia

Nearly 200 children were brought into armed groups every month this year in Somalia, according to UNICEF. That figure fits a trend that began in 2015, documented earlier by the U.N. Secretary-General’s Office, of an increase in the use of children by armed groups.

Some are recruited with promises of school fees or jobs; others are kidnapped and pressed into service. The vast majority of child soldiers are forced into the ranks of al-Shabab, which is allied with al-Qaida, although 15 percent of known child soldiers are serving in the Somali national army, according to the report.

Saudi Arabia and its allies have bombed Yemen for more than two years, hoping to oust Iranian-aligned rebels who seized power. The conflict has left the country in ruins and impoverished, and has starved its population. Many desperate families see two ways out for their children: selling them off as brides or allowing their recruitment as soldiers.

UNICEF said the fighting had left more than 5,000 children dead or injured, and 11 million in need for humanitarian assistance.

Rebel-held eastern Ukraine is home to 220,000 children who live under the threat of mines and other explosives from nearly four years of conflict between separatists and the government in Kiev.

The fighting there escalated sharply in mid-December. A Ukrainian village and a town were hit with rocket-artillery barrages, wounding eight people and damaging about 50 homes.