A Little-Known Tactic Can Make the U.S. Investigate Your Car-Safety Problem 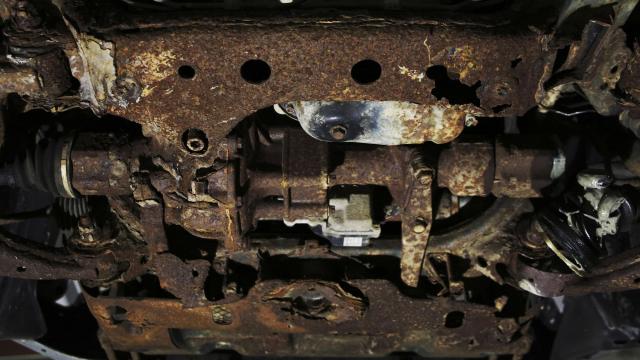 Gary Weinreich was terrified when the steering on his 2005 Toyota 4Runner failed on a busy two-lane highway in South Carolina in May. Later he was angry enough that he wanted to do more than gripe. So he tried a little-known tactic to compel federal regulators to investigate and possibly recall 500,000 other 4Runners for a prematurely rusted frame.

Weinreich, 69, a retired environmental engineer from Murrells Inlet, South Carolina, filed a defect petition with the National Highway Traffic Safety Administration. That meant his problem would receive more attention than the 40,000 normal complaints the agency typically receives in a year.

The defect petition gives a consumer power that is rare among federal agencies tasked with consumer protection, said Norman Silber, a professor of consumer law at Hofstra University and a senior research scholar at Yale.

By submitting the request, Weinreich ensured the agency would do a basic review of his concern and provide a written decision on whether it would begin the in-depth investigation that could lead to a recall. And it isn’t easy to shrug off a defect petition: Under federal law, a denial requires justifying the decision in the Federal Register.

While defect petitions are relatively unknown — only four, including Weinreich’s, have been filed this year — savvy and aggressive consumer advocates have been using them for more than four decades.

A major factor in the 1978 recall of 1.4 million 1971-76 Ford Pintos and 1975-76 Mercury Bobcats for a deadly fire danger was a defect petition filed by the Center for Auto Safety.

Consumer advocates say the defect-petition system has great potential to help both consumers and safety regulators. But they add that the understaffed highway safety agency often takes too long to address them and fails to push automakers hard enough because it is under pressure to handle other investigations.

“Defect petitions seem to have low priority for the agency, even when submitted with complaint data and/or having the same symptoms as recalls that have already been issued for other vehicles of the same kind,” said Matthew Oliver, executive director of the North Carolina Consumers Council.

The agency disputed that criticism in an emailed statement: “NHTSA is required by law to review and consider these petitions, and the agency takes that responsibility very seriously in the interest of promoting safety.”

Weinreich learned about defect petitions, which do not require a lawyer to file but must contain more supporting information than a conventional complaint, on the NHTSA website. He sent a petition detailing how the control arm — a key steering component — broke away from the rusted frame. He pointed to 272 complaints, which he updated in a second document to 464, of rusted frames from other owners.

“We were traveling on a two-lane highway when, without warning, the suspension/steering system separated from the frame due to excessive frame corrosion,” he wrote the agency in August. “It was difficult to prevent the vehicle from veering into oncoming traffic.”

Weinreich contacted Toyota and got no help, he said. Tania Saldana, a spokeswoman for the automaker, said Toyota was aware of his defect petition “and is fully cooperating with the agency.”

To address his problem, Weinreich could have filed a conventional complaint; the agency says it reviews each one. However, faced with tens of thousands of complaints annually, federal regulators have missed major safety problems — like the ignition-key defect that could turn off General Motors vehicles and disable the driver’s air bag. Plus, it would be unusual for the agency to begin an investigation based on a single complaint.

Weinreich wanted to make sure his concern got attention from an agency that admits it needs more people. A 2015 internal review said the agency needed a huge boost in resources to deal with increasingly complex vehicles. It said the agency had about 60 people handling all its defect investigations — including petitions — and ideally should have about six times that number.

The agency did not respond to requests for its current employment numbers. Instead, it said that its “defect investigation staff has grown significantly over the past few years,” and that the agency was trying to hire more statisticians, data analysts and engineers, including those with expertise in electronics. Given the agency’s need for a larger staff, a defect petition can be a drain on resources, but there can be important upsides, said David Friedman, who was the agency’s deputy administrator and then acting administrator from 2013 to 2015.

A defect petition can help the agency see a problem it might otherwise miss, by pushing it “to cut the data and look at a problem differently,” said Friedman, who is now vice president for advocacy at Consumer Reports.

He cited a 2009 petition by the Center for Auto Safety that led to the recall of about 1.6 million Jeeps for a deadly fire danger.

The agency typically looks at how often a model is involved in fires after crashes and then compares it with other models, Friedman said. But then the executive director, Clarence Ditlow, dug deeper, looking only at fires resulting from rear impacts. He concluded that in such crashes the Jeeps were far more likely to explode than other SUVs because the plastic gas tanks — behind the rear axle — were extremely vulnerable.

To discover the Jeep fire danger, “you had to look at the data for a very specific kind of crash involving those vehicles,” Friedman said.

Twelve of the 43 petitions resulted either in recalls or extended warranties covering about 5 million vehicles.

One of those was filed by Troy Lyman, a computer programmer from Winchester, California, who owns a 2007 Saturn Sky. A major concern among Sky owners, which arose around 2015, had been a sensing mechanism failure that could prevent the passenger-side air bag from deploying.

“GM wasn’t doing anything about it. NHTSA wasn’t looking at the complaints and doing something about it,” Lyman, 48, said. “Basically it came down to, at some point in time, there has to be an individual who will do something about it, and I was tired of waiting for it to be somebody else.”

“I was surprised it would cause them to get them into action,” Lyman said. “That was the biggest shock — that something actually came of it.”

He added, “When GM issued the recall, I was absolutely floored.”

The other 31 petitions were either not granted or investigated and dismissed without finding a safety defect. In explaining its rejections in the Federal Register, the agency typically said its initial analysis had indicated that there did not seem to be a problem or that it wasn’t likely to result in a recall and spending time would be a poor use of agency resources. The agency’s stated goal is to decide whether to grant a petition within 120 days. But it often fails to do that. The agency has one petition from 2018 that is late and one each from 2017, 2016, 2015, 2014 and 2013.

“NHTSA doesn’t follow its own rules as far as timeliness in investigatory matters,” said Oliver of the North Carolina Consumers Council. “This puts the safety of the public at risk since vehicles that have alleged safety defects are allowed to remain on the road for a long time while NHTSA sits on investigations. The public should be outraged.”

The agency says that it tries to finish within the 120 days but that there may be “a substantial amount of technical information.” In addition, “follow-up communications and changed circumstances can lead to longer petition-processing times.”

That so many of the petitions in the last decade were dismissed is not a surprise to Jason Levine, executive director of the Center for Auto Safety.

What seems to work best is a defect petition “in combination with consumer awareness, media attention and other mechanisms to sort of raise the temperature,” said Levine, who has been waging a media campaign over a defect petition he filed this year. It is urging the agency to recall 2.2 million 2011-14 Hyundai and Kia models, asserting a fire danger.

Meanwhile, the agency is still reviewing Weinreich’s rusty-Toyota petition. He has his hopes up.

“I would expect them to say: ‘Wow, there is no question there is an issue with some of the Toyota 4Runners from some of these model years. It is a dangerous safety problem,'” he said.