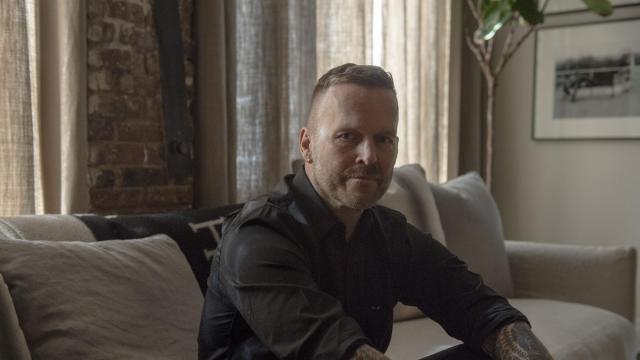 To millions of Americans, Bob Harper was the picture of health, a celebrity fitness trainer who whipped people into shape each week on the hit TV show “The Biggest Loser.”

But last February, Harper, 52, suffered a massive heart attack at a New York City gym and went into cardiac arrest. He was saved by a bystander who administered CPR and a team of paramedics who rushed him to a hospital, where he spent two days in a coma.

When he awoke, Harper was baffled, as were his doctors. His annual medical checkups had indicated he was in excellent health. How could this have happened to someone seemingly so healthy?

The culprit, in turned out, was a fatty particle in the blood called lipoprotein(a). While doctors routinely test for other lipoproteins like HDL and LDL cholesterol, few test for lipoprotein(a), also known as lp(a), high levels of which triple the risk of having a heart attack or stroke at an early age.

For most people, lp(a) is nothing to worry about. Levels are strongly determined by genetics and the majority of people produce very little of it.

But up to 1 in 5 Americans, including Harper, have perilously high levels of it in their blood. Studies show that diet and exercise have almost no impact on lp(a), and cholesterol-lowering drugs only modestly lower it.

“People don’t know about it, physicians don’t know about it, and we have to get an education program out there, but that’s expensive,” said Dr. Henry N. Ginsberg, the Irving Professor of Medicine at Columbia University and a leading expert on lp(a). “I would say that somewhere between 15 to 20 percent of the population would clearly benefit from knowing that this is their problem.”

Lp(a) was discovered in 1963 by a Norwegian scientist, Kare Berg, who noticed that it was especially common among people with coronary heart disease. No one knows precisely what purpose lp(a) serves in the body, though some scientists speculate that it may have a beneficial role such as helping to repair injured cells or preventing infections by binding to pathogens in the blood.

But the downside of excessive lp(a) is clear: It accelerates the formation of plaque in the arteries, and it promotes blood clots.

“It’s sort of a double whammy,” said Dr. Donald Lloyd-Jones, a cardiologist at the Northwestern University Feinberg School of Medicine who helped write the American Heart Association’s cholesterol guidelines. “Biologically, lp(a) both gets into the artery wall and causes damage there more easily.”

Studies suggest that the threshold for high lp(a) begins around 30 milligrams per deciliter of blood. Heart disease risk jumps for those in the 80th percentile, with lp(a) levels above 60, and climbs sharply for the 5 percent of the population with lp(a) levels between 150 and 300, according to Ginsberg at Columbia. “Those people can be disasters in terms of cardiovascular risk,” he said. Yet many people at high risk do not fit the typical profile of a person with heart disease. Sandra Revill Tremulis was a health-conscious medical device executive who moonlighted as an aerobics instructor, followed a strict diet, and maintained 16 percent body fat, equivalent to that of an elite athlete. Her LDL and total cholesterol levels were low, and at age 39, her Framingham risk score, which gauges heart disease risk, put her odds of having a heart attack in her 40s at just 1 percent.

But when she started experiencing extreme fatigue and struggled to finish her workouts, she went to an interventional cardiologist and asked for a thorough work-up — which revealed that she had a 95 percent blockage in one of her coronary arteries.

“I was imminent to have a widow-maker heart attack at age 39,” she said.

Further testing showed she had high lp(a), which she believes she inherited from her father, who died of a heart attack at age 50. Determined to raise awareness, Revill Tremulis started a nonprofit, the Lipoprotein(a) Foundation, and now travels the globe advocating for wider testing.

Lloyd-Jones at Northwestern said that testing for lp(a) should be considered for people with early-onset cardiovascular disease — which means younger than age 50 for men and age 60 for women — or a strong family history of it. Since high lp(a) is hereditary, those who have it often have a parent, sibling or grandparent who suffered a premature heart attack or stroke. When one person has it, it’s important to test other family members too.

Two medications, niacin and a class of drugs known as PCSK9 inhibitors, have been shown to modestly reduce lp(a) levels. But niacin, a B vitamin, has many side effects, and PCSK9 inhibitors, which are not approved for lp(a) lowering, are not usually covered by insurance for that purpose and can cost as much as $14,000 a year.

At least one drug company, Ionis Pharmaceuticals, is developing a drug specifically to combat lp(a), but the drug is still in mid-stage testing and it could be years before it reaches the market.

Since his heart attack, Harper of “The Biggest Loser” has embarked on a newfound mission to raise awareness about heart disease and to urge people to get tested for lp(a).

His days no longer revolve around intense and grueling workouts, he said. Instead he believes the key to being healthy is managing stress, getting proper sleep, eating a balanced diet and enjoying life because it could end at any moment, an approach he has outlined in his new book, “The Super Carb Diet.”