Durham, N.C. — Someone erected a giant metal heart on the pedestal where a Confederate statue once stood outside the Durham County courthouse.

Photos taken on Thursday morning showed the new sculpture, which appeared to be made of metal, though it’s unclear when the sculpture was put up.

The sculpture was taken down on Thursday, though it's unclear who did so.

Durham officials had not made a public statement about the unexpected replacement, and there is no word on what is planned for the monument. 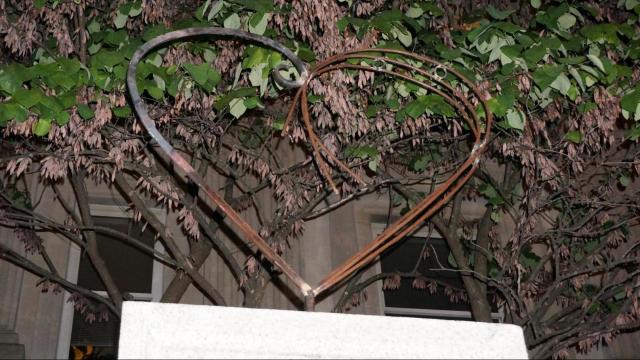 A group of protesters in Durham toppled the original statue on Aug. 14., which had been sprayed with cooking spray by authorities to make it more difficult to climb.

Organizers of Monday's protest said they are anti-racist and anti-fascist, and the event was a response to Saturday's demonstrations in Charlottesville, Virginia, where one protester was killed.