A Covert Coup for Cadets: Steal the Mascot 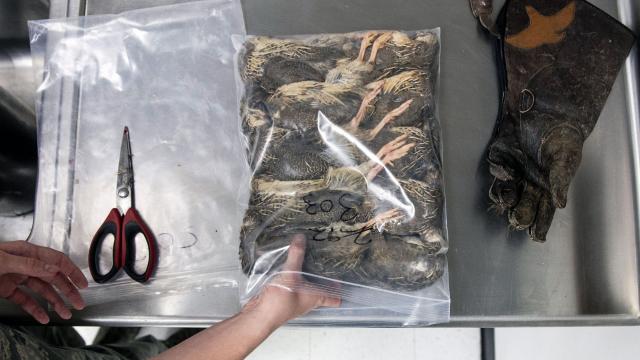 U.S. AIR FORCE ACADEMY, Colo. — The mules are locked down. The goats are in an undisclosed location. With the Army-Navy football game coming up this Saturday, West Point, New York, and Annapolis, Maryland, are at Threat Level Red — for their mascots.

A sometimes comical, sometimes violent mascot-snatching war has been raging for generations among the Army, Navy and Air Force academies, with cadets scheming to kidnap their rivals’ animals by subterfuge or brute force and then parade them in taunting triumph before big games.

Over the years, tighter security for the mascots has only made the raiders bolder, and the missions more elaborate, with months of preparation, choreographed assault teams, and sometimes even military aircraft.

Military leaders nearly always condemn the pranks, but that hasn’t put a stop to them. Just last month, Aurora, a glacier-white gyrfalcon and mascot of the Air Force Academy, was abducted in the middle of the night, and nearly met a tragic end.

The Army cadets who stole Aurora seem not to have known that the regal falcon is hardly ever caged. Even on commercial airline flights, she travels perched on a handler’s glove in the coach cabin. When the kidnappers stuffed her into a dog crate, Aurora panicked, and beat her wings frantically until they were bloody.

West Point said in a statement that mascot thefts do not “reflect the Army or USMA (U.S. Military Academy) core values of dignity and respect.”

Even so, cadets and midshipmen have been at this kind of thing since 1953, when Army pranksters chloroformed the Navy’s mascot, Bill the Goat, and plopped him in the back of a convertible. And senior commanders have often quietly — and sometimes loudly — encouraged the shenanigans as a boost for school spirit.

Last year, West Point produced an elaborate mascot-stealing spoof video, with the role of the airborne commando played by none other than the officer in charge of discouraging such behavior, West Point commandant, Brig. Gen. Steven Gilland. “We need to massacre midshipman morale,” Gilland is seen telling his boss, Lt. Gen. Robert Caslen, academy superintendent at the time.

“You know, if anything goes wrong, I’m denying any knowledge of this mission,” Caslen responds.

West Point declined to make leaders available to discuss the video or the episode with the Air Force falcon. In a written statement, the academy said, “We have had isolated incidents involving spirit missions and we have addressed those with appropriate actions that fall in line with Army values and what we expect of how future officers should conduct themselves.” Were the falcon raiders disciplined? West Point would not say.

The academies signed a formal agreement in 1992 banning mascot heists. But while the military demands obedience to authority, it also prizes a certain reckless audacity. So punishments for mascot raiding are often light, and imposed with a wink.

“The commandant told me I had violated nearly all of the cadet regulations, I had risked the lives of others, I had taken on the government and won — and then he said, ‘Well done,’ ” said Tom Carhart, 74, a military historian who crept past armed Marines to get the Navy’s goat in 1965.

In 1991, Navy midshipmen bent on stealing West Point’s mules cut phone lines, bound and gagged Army staff, and were pursued by police. Facing possible felony charges, they were instead awarded “the Order of the Mule,” and the Naval Academy commandant said their actions were “in the highest traditions of the naval service.”

“We went from criminals to heroes in a matter of minutes” said Bill Wiseman, 48, a senior on the raiding team who later became a member of the Navy SEALs. “Looking back, we went so far overboard, tying guys up. You would never get away with that today. I’m frankly amazed we didn’t get in a lot of trouble.” Both former raiders said they doubted the war would ever end.

“Motivated young men and women on the cusp of adulthood want a challenge,” Carhart said. “Stealing the mascot is the summum bonum. If you can capture that, there are no boundaries in life.”

Mascot abduction did not start with the service academies. Harvard nabbed Yale’s bulldog back in 1934, and before that, Fordham’s rams were repeatedly kidnapped by rivals. The tradition has largely died out at civilian colleges, but it still resonates at the service academies, where students prepare for careers in covert strikes and plausibly deniable mayhem.

“It was no mere prank, it was a classic small-unit military operation,” Gen. Wesley Clark, a classmate of Carhart, wrote in a foreword to Carhart’s book about the 1965 raid.

Many of the pranksters have gone on to successful military careers. Two of the Navy mule raiders are now top leaders in the SEALs.

The raids have not been without casualties, human and animal. When Army cadets in uniform tried unsuccessfully to grab the Navy’s goat in a parking lot in 2015, the violent scrum that ensued put the goat in a veterinary clinic for a week.

Handlers for Aurora the falcon initially thought she might have to be euthanized after her traumatic abduction in November. But she has since made a full recovery, and during a recent visit, she plucked vigorously at a dinner of raw quail, flecking her talons with its blood.

“Fortunately the injuries were not as bad as we thought,” said Lt. Col. Don Rhymer, who oversees the Air Force falcon program. He said he hoped the other service academies would not try to steal her again: “These aren’t barnyard animals. We’re dealing with protected birds of prey.”

Of the three academies’ mascots, the Navy goat has been abducted the most often — usually by West Point, though Air Force cadets spirited the goat away in the belly of a bomber in 1960 and again in 1966. The Navy started keeping the goat at a high-security naval base between appearances, but that precaution did not hinder Carhart’s 1965 raid.

Dressed in black with faces darkened by burned cork, he and five other Army cadets made it through two fences topped with barbed wire. Then, with the goat in sight, they froze as a Ford station wagon pulled up near the Marines guarding its pen. Two college-age women got out of the car.

“We had planned it all with our girlfriends,” Carhart said. “They told the Marines a story about how they were lost, and they’d been stood up on a blind date. I think one of them cried. We sneaked in to the goat pen, only 25 feet behind them all, but the guards never turned around. They were looking at the girls.”

Army cadets announced another successful heist in 1972 in an ad in The New York Times that read, “Hey Navy, do you know where your ‘kid’ is today? The Corps does.”

Wanting payback, the Navy launched Operation Missing Mascot, the daring 1991 plan to snatch four Army mules from the center of the West Point campus in broad daylight. Dressed as military police, 17 midshipmen, including Wiseman, and two active-duty SEAL “advisers” drove into West Point carrying bolt cutters and mule feed spiked with molasses. Each midshipman had a job: door breacher, phone line cutter, mule handler. Some were chosen, according to a Navy account, for their “aggressive desire to place an enemy in submission.”

The team zip-tied six Army employees to chairs. “Some were putting up quite a struggle, so we used some duct tape to shut them up,” Wiseman said.

As the raiders got away, the Army scrambled helicopters and notified law enforcement, but the midshipmen stuck to back roads and were not stopped by police until they were pulling in to the Naval Academy campus.

Before the raiders could be arrested, Navy leadership intervened and had them escorted to a waiting pep rally, where they marched the four mules through a cheering sea of midshipmen.

In hindsight, Wiseman said he has come to believe that the top brass at the academy had probably known about and approved the raid from the outset. “They wanted a little street cred of their own,” he said.