A Comfortable Place to Spend 38,000 Hours Behind the Wheel 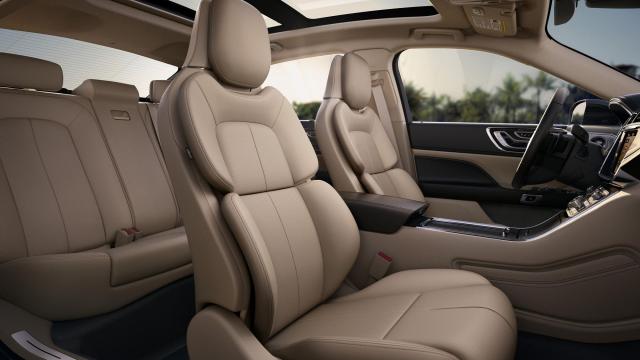 Pull up a chair and ponder a part of the automobile that drivers may take for granted but that the manufacturers do not: seats. Buyers are seduced by a car’s styling, performance and brand image. But you’re going nowhere fast without a good place to park your behind.

A good seat helps improve safety, makes us better drivers and can even increase a car’s fuel efficiency. And while the car’s exterior can get a shopper to open the door, an eye-catching and comfortable chair can close the sale.

A typical driver will spend nearly 38,000 hours behind the wheel in a lifetime, covering some 800,000 miles, according to a study by Harvard Health Watch.

While the budget for seating can be second only to the engine, the automakers do not manufacture the seats — that’s the job of suppliers like Adient, Faurecia and Lear. They employ designers, chemists, ergonomic specialists, metallurgists, artisans, plus biomedical and software engineers to provide solutions for the automakers.

Because of nondisclosure contracts, it’s unlikely you’ll ever know who made the seat in your car. But the makers are working hand in hand with the auto companies. The car companies provide some outlines, including budget, and the seat makers come back with a product.

“We recently helped a customer reduce the mass of the pickup truck seating by replacing metal components with new materials,” said Ray Scott, chief executive of Lear. “It helped the company achieve their weight-reduction targets.” A lighter vehicle is more efficient.

Comfort is deeply personal for consumers. My wife is so uninterested in cars that she hardly knows a Buick from a Jaguar, but until recently, she knew one brand with her eyes shut. “It’s Honda, isn’t it?” she’d say with a scowl when settling into an Accord or a Civic. The cushion contours simply didn’t work for her.

Honda has revised its seats, so she has lost her superpower.

The car companies know an uncomfortable perch can mean a lost sale, no matter how exceptional the car is. Rarely offered in sizes, the same seat that supports a 5-foot frame must please a 6-foot-4 rugby player.

When Nissan got serious about improving its seats, it looked at data collected by NASA on the shape of the human spine in space. In theory, cradling the back in this neutral posture reduces the fatigue of sitting. The Zero Gravity seats that debuted in the 2013 Altima scored much better with consumers than the departing units.

“Zero Gravity isn’t just a buzzword,” said Chris Reed, vice president for platform and technology engineering at Nissan. “People actually noticed. Our testers driving the developmental cars for 5,000 miles at a stretch told us they were a solid improvement.”

Car owners rarely think past comfort. Automakers must consider the bottom line. Adjustments to cushion length, side bolsters and the lumbar supports all add expense.

An extreme example is Lincoln’s Perfect Position seat, a $1,500 option with 30 points of adjustment and massage.

Simple front seats can have around 200 parts. That can climb to 700. Mechanisms allow them to slide, fold, raise, pivot, tilt for entry or drop into the floor to create cargo room. Seat tracks are engineered to keep French fries from gumming them up.

The design must integrate with the look of the console, the instrument panel and the door panels. Adding to the cost and complexity, each has 1,700 to 3,000 requirements that include style, durability, recyclability, comfort, government safety specifications, and features like heat and venting.

Seats have become interactive. Mercedes-Benz has side bolsters that quickly adjust to steering inputs, keeping drivers properly positioned. Cadillac cushions vibrate on the appropriate side to warn drivers when the car drifts from its lane.

Rolls-Royce and Bentley have long offered massage seating. That has trickled down to Cadillac’s entry XT4 crossover as an option. The budget Nissan Kicks crossover offers an integrated Bose system in the driver’s headrest.

Orthopedics and advanced materials have raised today’s basic seats head and shoulders above what baby boomers grew up with. Until the mid-1950s, American cars basically had a couch behind the steering wheel with alarmingly low backs that funded whiplash lawyers for decades. They helped couples cuddle at drive-in movies but offered no driving support, seat belts or head protection. Soldiers returning stateside from World War II liked sporty European cars with individual seats, so General Motors installed them in the first Corvette and Ford put them in the Thunderbird. By the mid-1960s, the bench began to fade, helped by cars like the Mustang, the GTO and the Camaro.

But early “bucket seats” were little more than mini-benches. That changed in 1965 when Recaro, a company that began as a coach maker for Ferdinand Porsche, produced a sport seat with significantly raised side bolsters. The shape we now take for granted gave drivers stability for the first time during hard cornering. Enthusiasts replaced flat-cushioned buckets with sculpted Recaro seats, and the automotive industry took notice.

Recaro, now part of Adient, still develops seating for driving aficionados, racers, truckers, even airlines. The chief executive, Martin Klein, stressed that “a car seat is not a piece of furniture — it’s a core component that offers more control over your vehicle and lets you become one with it.”

“We want our customers to sit in a seat, not on it,” he said.

Automakers were happy to kill off bench seats because it saved them the work of designing front air bags that would protect all three passengers.

As for safety concerns now, modern units are engineered for strength to protect your back in a rear-end collision.

Volvo (consistently viewed as having the “most comfortable seats” by automotive writers) patented something we take for granted — the three-point seat belt, becoming standard in its models in 1959. Today, Volvos can be had with integrated child booster seats in the back.

Most people know about crumple zones in the front and rear of the vehicle. Malin Ekholm, vice president of the Volvo Cars Safety Center, points out that its vehicles’ seats have vertical crumple zones.

“In the event you run off the road, we wanted to do more,” Ekholm said. “Peak forces in such accidents were found to be above the limit of the human spine in many cases, and the crumple zone is designed to reduce or remove the spinal injuries.”

Discreet sensors in the seat provide medical-grade data to the vehicle, which can then react with tones, vibrations or visual responses when it thinks the driver is stressed, drowsy or distracted. The seat can also automatically adjust itself “into an optimal position based on the occupant’s size, shape and location in the seat,” Scott added. As autonomous driving technology improves, it will inevitably change the cabin space. It’s possible that the front or middle rows will rotate to face the back seat so people can converse better. At the very least they’ll have a significant ability to recline with more of us being asleep at the steering wheel (if cars retain them). These new relaxed positions will mean air bags will have to shift, built into the seat in a more integral way.

New technology at Lear called ConfigurE-Plus is aimed at autonomous vehicles. It’s a powered rear seating system that can be customized and personalized with different configurations, heat, venting and charging for electronics. The electrified version of ConfigurE-Plus will be introduced in 2020 with a “major European automaker,” Lear said. A nonelectric generation is in production now.

Need a tiebreaker when choosing your next car? Experts say to look for a bottom cushion that’s long enough to support your thighs, as they support 60 percent of your mass. Soft cushioning appeals during a 15-minute test drive, but firmer foam gives the best support for most physiques on long trips.

Have back problems? Crank the lumbar adjustment on the seat back to both extreme positions, since good seats provide too much and too little range of support. Your body actually shrinks a little throughout the day, so extra fore and aft seat travel makes a difference. And the side bolsters should gently hold you in position during cornering but not be overly loose or restrictive.