A cappella group kicks off tour in Durham 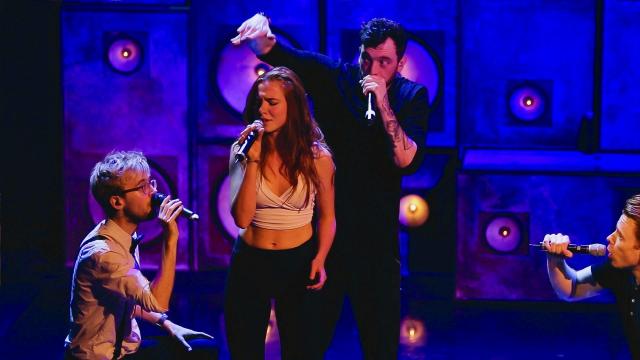 Durham, N.C. — A cappella has been seeing a resurgence in popularity in the United States thanks to the "Pitch Perfect" films, FOX's hit show "Glee" and groups like Pentatonix. The same is true in the U.K., where groups like Gobsmacked are blending beat-boxing and vocals to remix old and current hits.

The English group will be kicking off the second leg of its first U.S. tour Sunday at Durham Performing Arts Center. The show features three-time undefeated U.K. beatbox champion and current world team champion Ball-Zee, in addition to theater and opera singers.

Ed Scott, the group's bass singer, has been with the group since the beginning. He describes the show as a mix between a musical and a band gig.

"We sing lots of songs that people will know," he said during a Skype interview Tuesday. "It's just a fun-filled hour and a half."

Expect a mix of current songs - Ed Sheeran's "Shape of You" - and older songs like James Brown's "It's a Man's World."

"We want people to know the songs, but we also want it to reflect that this is a British show," Scott said, noting that songs from The Beatles and Amy Winehouse are on the set-list.

A mash-up of Gnarles Barkley's "Crazy" and Adele's "Rolling in the Deep" is also a big hit with audiences.

"My solo is 'Kiss' by Prince, which often raises a few eyebrows," Scott said.

Godsmacked is Sunday at DPAC. Tickets are still available.