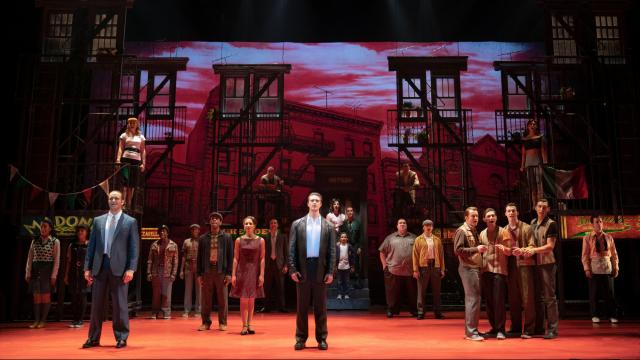 Durham, N.C. — A Bronx Tale will make you laugh, cry, and dance.

The musical, based on the book by Academy Award winning nominee, Chazz Palminteri, explores young man’s journey between the life he has and one he wants. It plays Durham Performing Arts Center through Sunday.

The show itself highlights the struggles of growing up in the Bronx in the 1960s, while focusing on respect, loyalty, love, and family over everything else. The core of the story remains relevant today.

We meet Calogero Anello as a young boy (played as a child by Trey Murphey and later by Alec Nevin), getting advice from his father (Lorenzo played by Nick Fradiano). 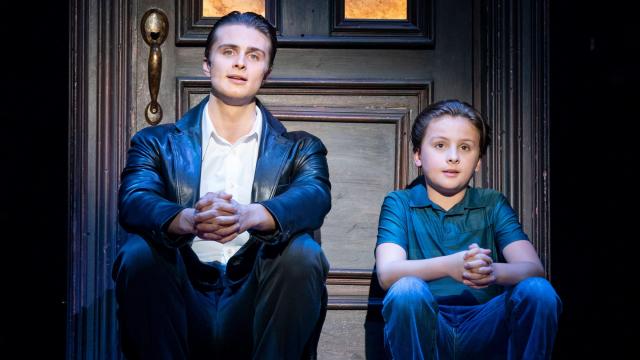 Lorenzo, a bus driver barely making ends meet, and his wife Rosino (Stefanie Londino) want to give their son a better life by instilling their values on him and encouraging him to succeed. His father reminds him that the saddest thing in life is wasted talent.

Hustler and mob boss Sonny (Jeff Brooks) takes Calogero under his wing and allows him to have a richer life than his parents had. Sonny introduces Calogero to the mob life at an early age, wanting to prepare him for a wealthy future, but going against what his parents want for him.

Audiences should be advised that there are gun shots and some intense scenes during this show. All of this is set amid sharp, fun choreography and songs that are reminscenet of doo-wop.

Throughout the show, Calogero is trying to decide what he wants out of life, and who he wants to be, while trying to make his parents and Sonny proud. The theme is that every choice you make becomes your life story.

In the Bronx where he grew up, Calogero knew that the crimes that were taking place weren’t really the answer, but he wanted to fit in and not look weak in front of his peers.

This story shows the struggles of choosing love over fear within family, friends and romantic relationships. It also shows the impacts of those decisions can last a lifetime.