Their efforts have helped fuel great gains in preventing and treating breast cancer over the last few decades. Many of those advances came through Komen-funded research at the Triangle's two major medical and research institutions: Duke University and the University of North Carolina at Chapel Hill.

Carey said joining the Scientific Advisory Board would allow her to “help guide the direction of future research efforts." 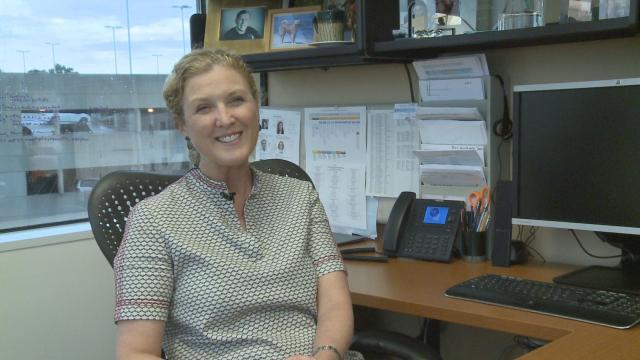 McDonnell is now on Triangle Komen's board of directors.

"I'd like to believe that it's one of the strongest affiliations in the country," McDonnell said.

McDonnell said his lab team has been at the forefront of developing drugs for all stages of breast cancer in patients diagnosed as estrogen positive, which can be treated with hormone therapy drugs.

"We have specific interest in trying to develop drugs for late stage cancer, so that's for people who have failed all conventional therapies,” he said. 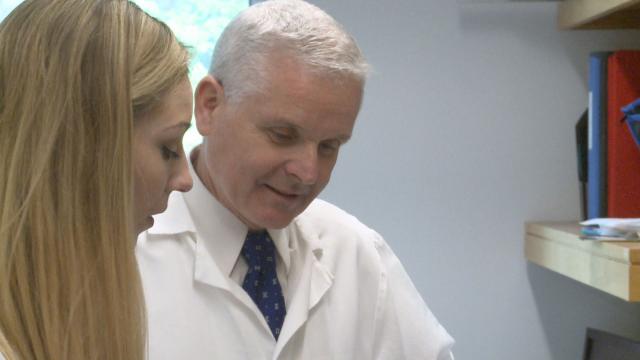 McDonnell said his team is building on the historic success of Tamoxifen for patients with early stage disease.

Estrogen-positive breast cancer makes up the majority of cases, and McDonnell said Tamoxifen has been highly effective in those women.

"The chances are that you will be treated and you'll never hear of it again," he said.

A current study of his work at Duke, funded by the Komen Foundation, is focused on why the immune system fails and allows tumors to grow.

"Could we find ways of taking away this cloak, if you want, that the immune system sees around a tumor that it can't break through?” McDonnell said. “We've made some very significant successes there."

Kohl: Work with Komen provides 'courage and determination' for her cancer fight

Komen has funded the Carolina Breast Cancer Study since the early 1990s. Carey has played a large role in collecting, organizing and analyzing data.

"It's bearing fruit,” Carey said. “We are getting a better idea of the differences in the biologic kind of breast cancer in women of African ancestry compared to women of white ancestry and young versus old."

“They really do differ in ways that are clinically meaningful,” she said.

Carey's focus has also been on reaching underserved populations, largely in rural areas of the state. She has seen increased access to screening mammography and advances in how clinicians can intervene and improve outcomes.

“We can talk all we want about novel treatment, but if the patients don't receive the drugs, it won't matter,” Carey said.

Carey said a benefit of philanthropic funding through the Komen Foundation is that it increases the ability of research centers in different parts of the country to collaborate, thereby improving their efforts.

Young mothers bond over cancer diagnosis, use experience to raise $45K for research

That's what she sees as part of her purpose within Komen.

“In my role on the board, I am very much looking forward to helping craft the next generation of research initiatives,” she said.

Carey also wants to avoid a blanket approach of delivering therapies to patients, especially those with metastatic disease.

Both Carey and McDonnell say those type of advances are all the more likely when UNC and Duke are in the game.

"This is a very unusual place," Carey said. "I'm not from North Carolina, but coming here and having two major academic centers 8 miles apart, two comprehensive cancer centers, two places that breast cancer in particular is a focus, is a great benefit."

McConnell added: “The area is a hotbed for research. Between our colleagues at UNC and here, I think we have all aspects of the disease covered."