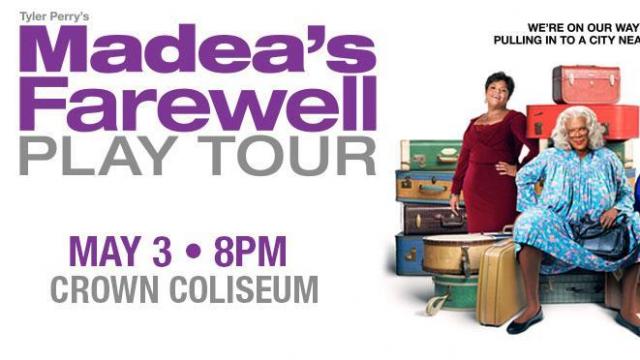 Fayetteville, N.C. — Actor, writer, producer Tyler Perry is saying farewell to one of his most beloved characters - Mabel "Madea" Simmons.

Perry announced in October that he planned a farewell stage tour and film. The Madea Farewell Play will stop at Durham Performing Arts Center April 30 through May 2 and at Fayetteville's Crown Coliseum May 3. Tickets for Durham shows are on sale now, while Fayetteville tickets are on sale Friday.

The film version, dubbed "Tyler Perry's A Madea Family Funeral," is expected to be released March 1. It is the tenth in the Madea series.

"A joyous family reunion becomes a hilarious nightmare as Madea and the crew travel to backwoods Georgia, where they find themselves unexpectedly planning a funeral that might unveil unsavory family secrets," the film's description reads on IMDB.com.

The New York Times Best-Selling author has played Madea for the past 20 years.